It turns out that cultists in the southwest aren't as relatable for Justin as the ones he knows from the midwest. At least this horrific game of hide and seek is in a dry heat. It's the humidity that will kill you.

Oh wait, we're in the desert? Guess I misinterpreted those screenshots a bit, but corn can't make a game, right? Honestly, even if it felt like Outcast 2 gets going much more quickly than the first game it ironically didn't grab me at all. I think I surprised the first enemy more than it surprised me. Of course, it didn't help that I didn't realize that it was an enemy. 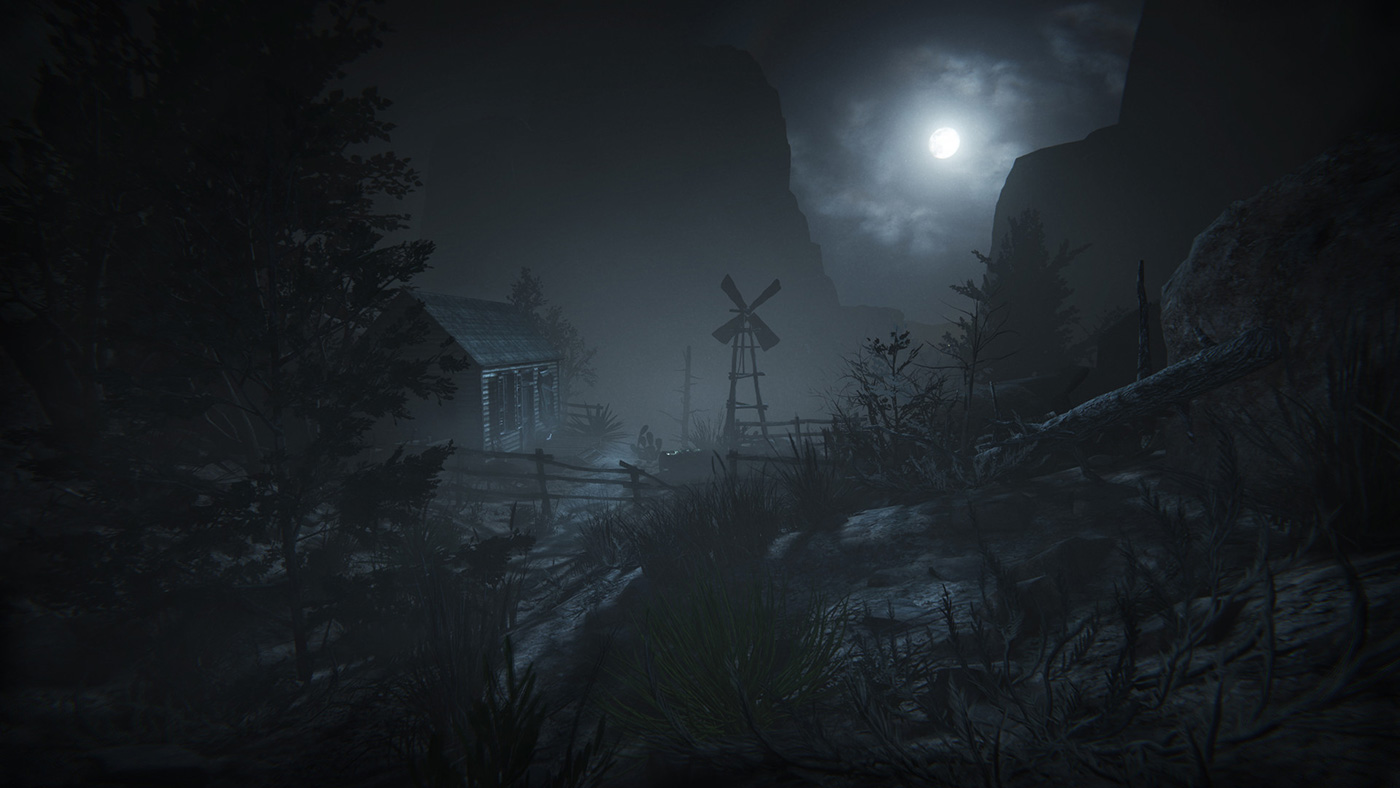 Once I shook that first encounter off, I remembered what type of game I was playing. However, the setting felt too open and it remained difficult to take the threats seriously. The world wanted to make me feel claustrophic, but it felt more like I was on a ride with a singular path. Even if I was dying a lot, I didn't feel any urgency or direction to what I was supposed to do next. I was beginning to think Outlast 2 wasn't for me.

It didn't help that the story and main characters never connected with me either. I acknowledged that "that's messed up" but I didn't want to see/hear anymore. Sometimes that's a good reaction when it comes to horror, but I didn't want to see more because I was bored by it. I've seen the religious cult story done too much in other media recently, and done better. I got nothing for ya, Outlast 2.

Ugh, this is frustrating. I've sat through horror movies and games and been in the wrong mindset where I didn't enjoy myself the first time, but the second experience was much better. I hope that's what this is. I genuinely enjoyed both Outlast and its DLC. It had some rough edges, and I assumed that Outlast 2 would address those and give me more of what I already liked. I may give it a fresh start later in the year if I'm feeling the itch around Halloween, but otherwise I may just leave it in the dirt.