Will it feel like a remake if you never knew the original existed? Justin contemplates tracking down a Sega Master System soon after Wonder Boy's beauty beats brilliant smiles out of him.

We've got a new bar for 2D platformer remakes. I read later that the developer issued a challenge for animators to get more ambitious with their games. I really did not expect the animation to be as smooth as it is. On top of that, flipping back to the original graphics worked flawlessly and somehow the updated graphics worked with decades old gameplay. I am still in awe. 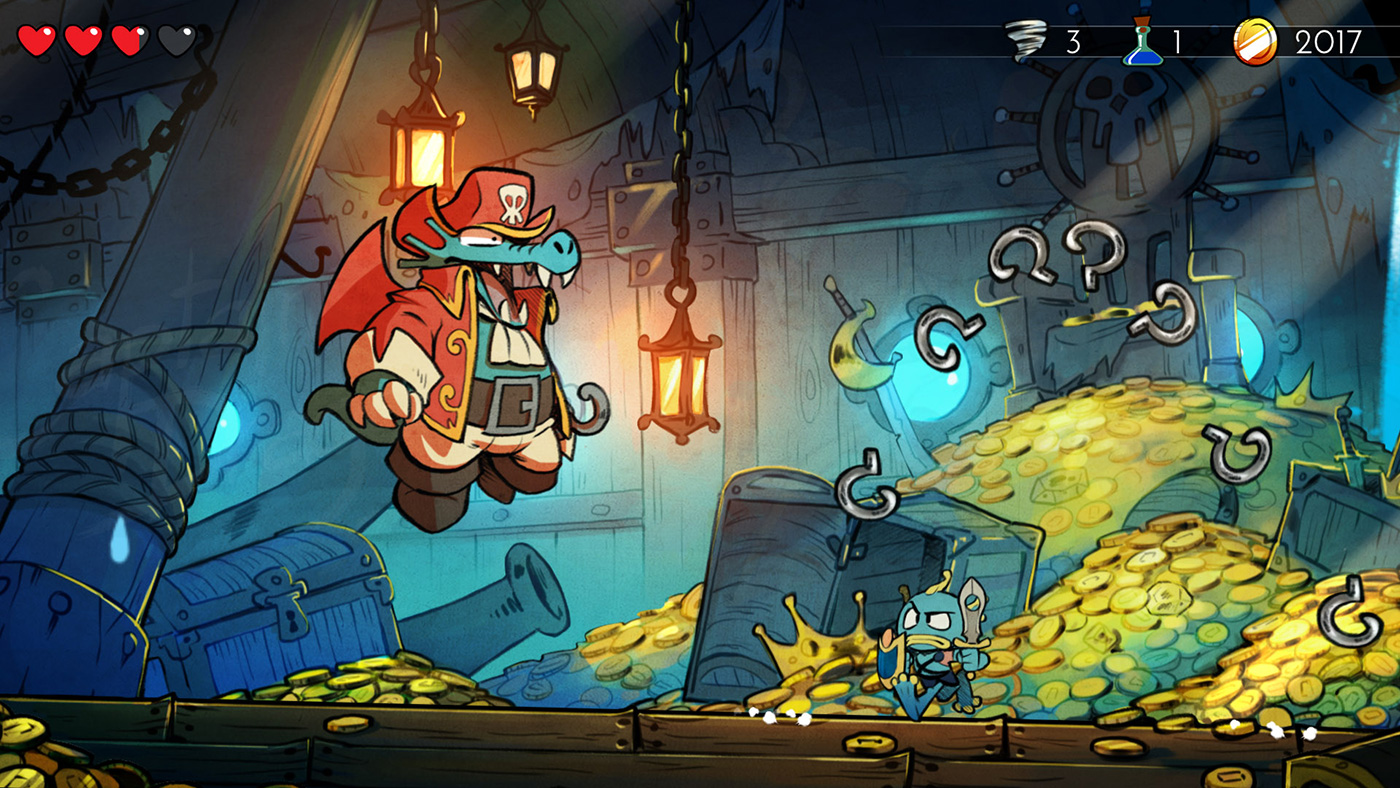 I've played a few other remakes that allow you to switch back and forth between the retro graphics and the upgraded graphics, but none have the imagination of Wonder Boy. It really made me feel like a kid again. It was like I was playing what I pictured in my head when I played Atari games. Plus, being able to mix and match retro and upgraded graphics, sounds, and music really completed the package.

I'm not sure the shine ever wore off my eyes, but the game itself is also more interesting than I expected. I thought it would feel generic, but Wonder Boy is full of endearing characters and locations. I definitely get the comparisons to early metroidvania games and I actually got a big of a Simon's Quest vibe from adventure. The writing is surprisingly modern and clever. It's just a pleasure to play, plain and simple. On top of that, Wonder Girl kicks ass.

The care that went into this remake is astounding. Makes me wonder what else I missed in this series.

I will see Wonder Boy through. It takes me to such a pleasant place while I play it that I can't help but want to go back and escape to a childhood moment I didn't know I missed.