Some space pirates just know how to have fun. Maybe it's the bounties, maybe it's just that hook. Whatever it is, Justin wants to go again.

This game had me, Flinthook, line and sinker. (Come on, I haven't started off with a pun in a while. I've been pretty well behaved. Give me this one because it put me in a really good mood.) From its awesome Saturday morning cartoon intro to its well-paced tutorial, Flinthook put a smile on my face from the start. Even while I was learning the basic abilities, I was shocked at how well the game controlled. For platforming games this is essential, and Tribute nailed it. 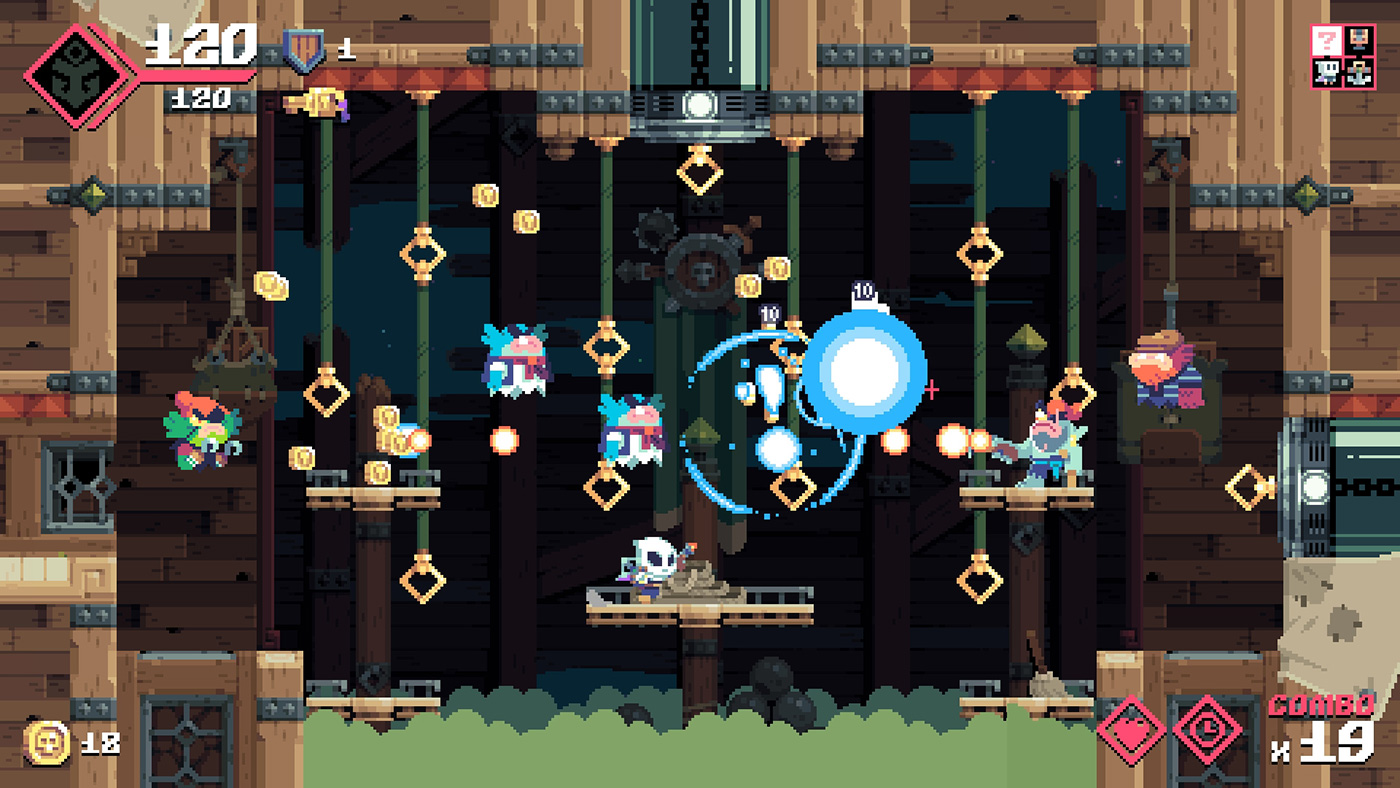 Tutorial levels on roguelikes can be hit or miss, but Flinthook's felt really natural. Everything bridged nicely into the mission/upgrade menu and I was off and hooking in no time.

Once my first run started, I really enjoyed how snappy the action felt. Flinthook is exciting and challenging in a combination that results in fun above all else. Even the little touches like the dialog of the various shopkeepers had me chuckling. However, it's not afraid to get down to business either because once enemies start spawning in, it can get out of hand quickly. Of course, that just means Flinthook is even more satisfying when you clear the room and beat the odds to fly into the next confrontation.

It's all I want to do. I just wanna be hookin. The daily and weekly challenges are nice to have right out of the gate. Flinthook is going to be in my gaming rotation for the forseeable future.