Wow, what a year of big highs and huge lows! I'm talking about the video games of 2016, of course. As a self-described variety gamer, the upside is that my highs way outnumbered the lows. I'd go so far as to call it a "year of gaming positivity", a major victory. So much so that I couldn't contain my list to the usual top ten.

As a great astronaut possibly said before lift-off, "Hang on to your butt, Apollo. We're doing thirteen!"

For a series full of large deities and extended scenes of melodrama, I never imagined Final Fantasy XV would charm with scenes of pals road-tripping to classic tunes and camping. Plus, this game created food memes at a quick rate!

It may not be the Final Fantasy to end all fantasies, but I sure do wanna ride my chocobo all day. 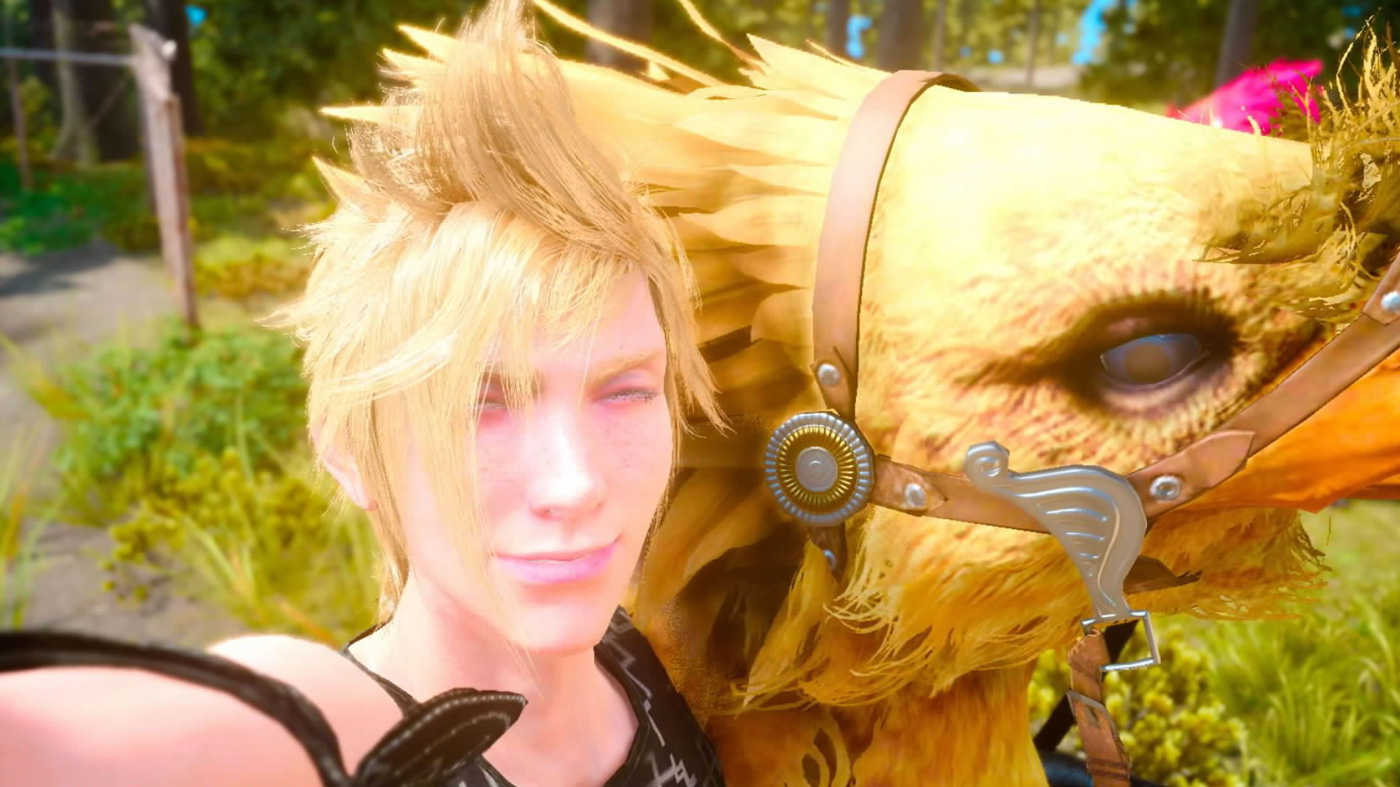 While obviously the most fun game title to say out loud, SUPERHOT had me on board before it even released. How a single game could provide a series of high-octane action sequences in near slow motion still brings me joy. Super. Hot.

Voted most likely to stand you up (in the rain with flowers in your hand), The Last Guardian is finally an actual game that released to the public in 2016! The bonding tale between boy and beast will always win me over.

In the spirit of "We Rate Dogs", I couldn't deny the giant feathered pup Trico a spot on my list. He's a good boy (and not a snake). 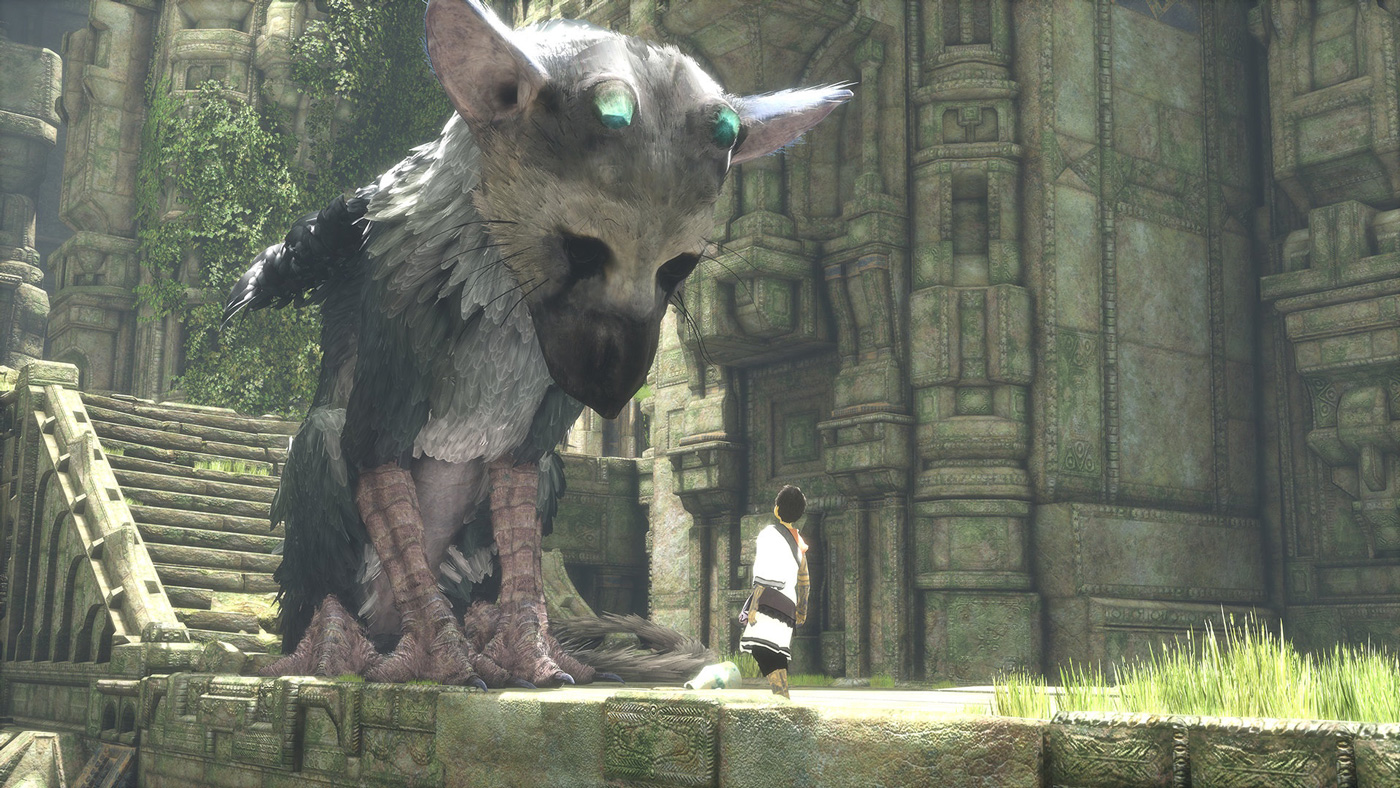 Perhaps the greatest love story told last year, Titanfall 2 made me care about a large talking mech in ways I wouldn't dream about in a video game where I could dropkick other men in the face after ejecting out of similar mechs that are primed to self-destruct. 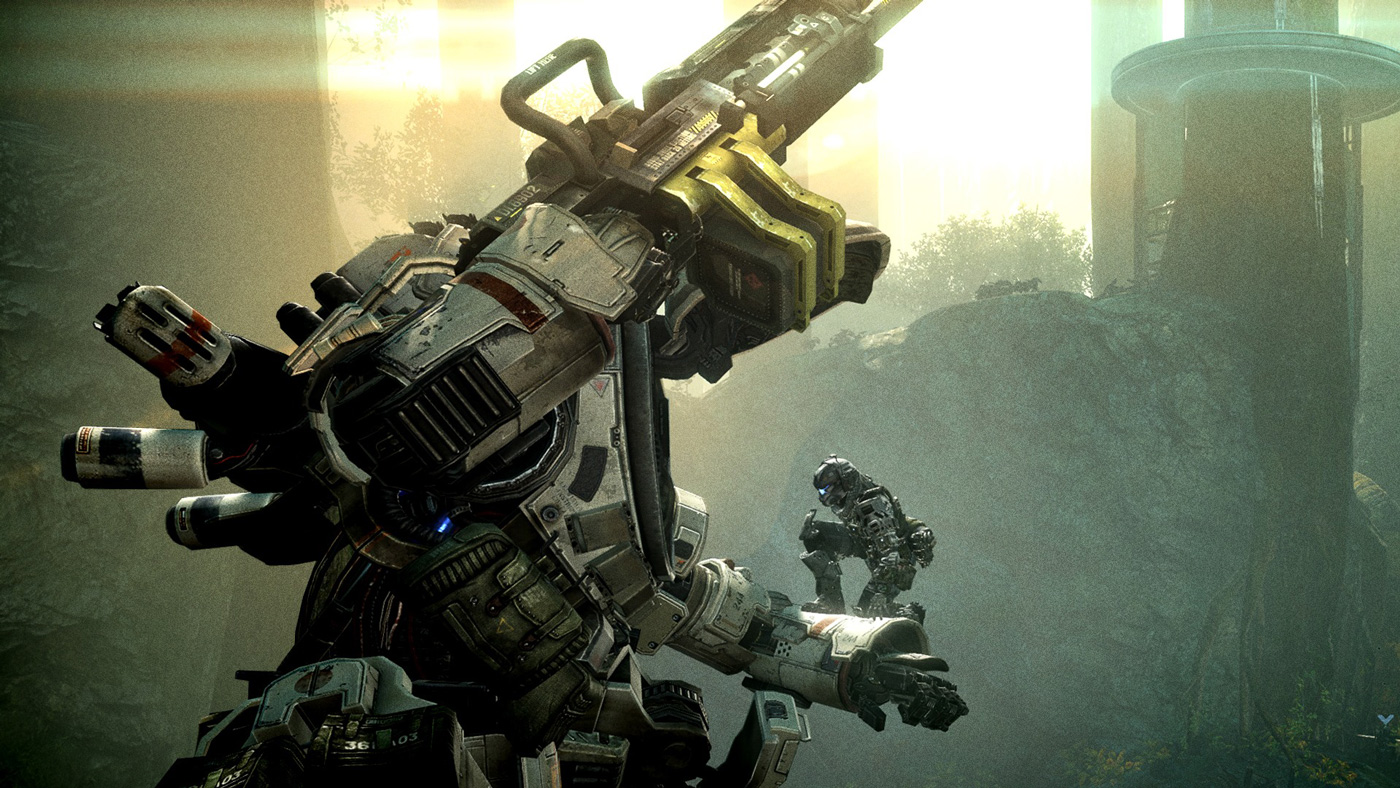 If you've followed my lists for the last few years, you would know about how much I've played and love Spelunky. If a game can be described as "rogue-like", my hands begin to shake with curiosity.

Enter the Gungeon may not be Spelunky 2.0, but I've vacationed in that "gun dungeon" several times in search of the perfect run. I eat bullets for breakfast now. 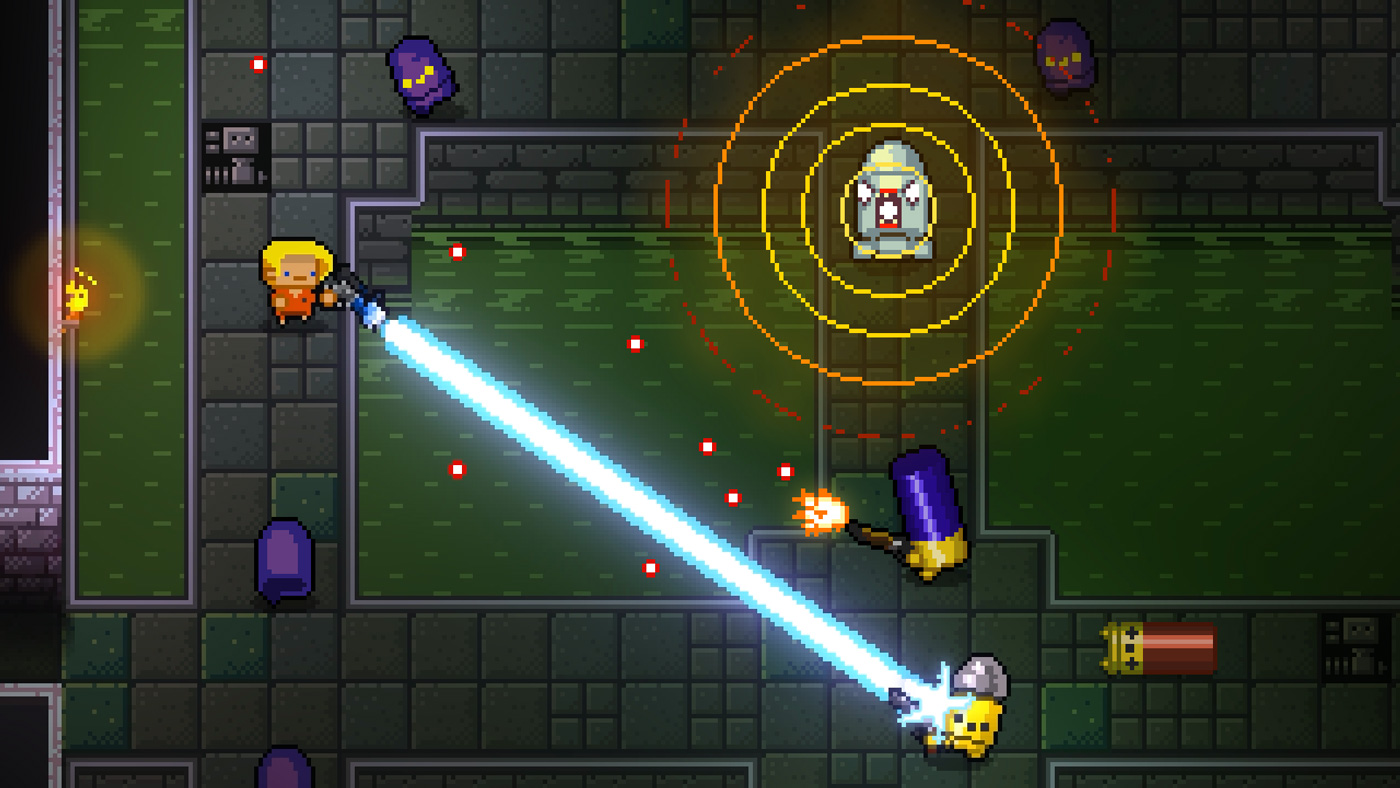 Of course, Pokemon made the cut. Sun/Moon isn't about collecting gym badges and all that other 1996-and-late bologna. It's about overcoming island trials that promote maturity, courage and eating malasadas. Only then can you truly catch em all.

I lured a guard by throwing a wrench, then I hit him with another wrench. I hid in a dumpster and kicked a guy I'd poisoned over a cliff while he spewed sick all over himself. I posed as a supermodel and did a little strut on the catwalk. Remembering that I'm an actual Hitman is simply the gravy. 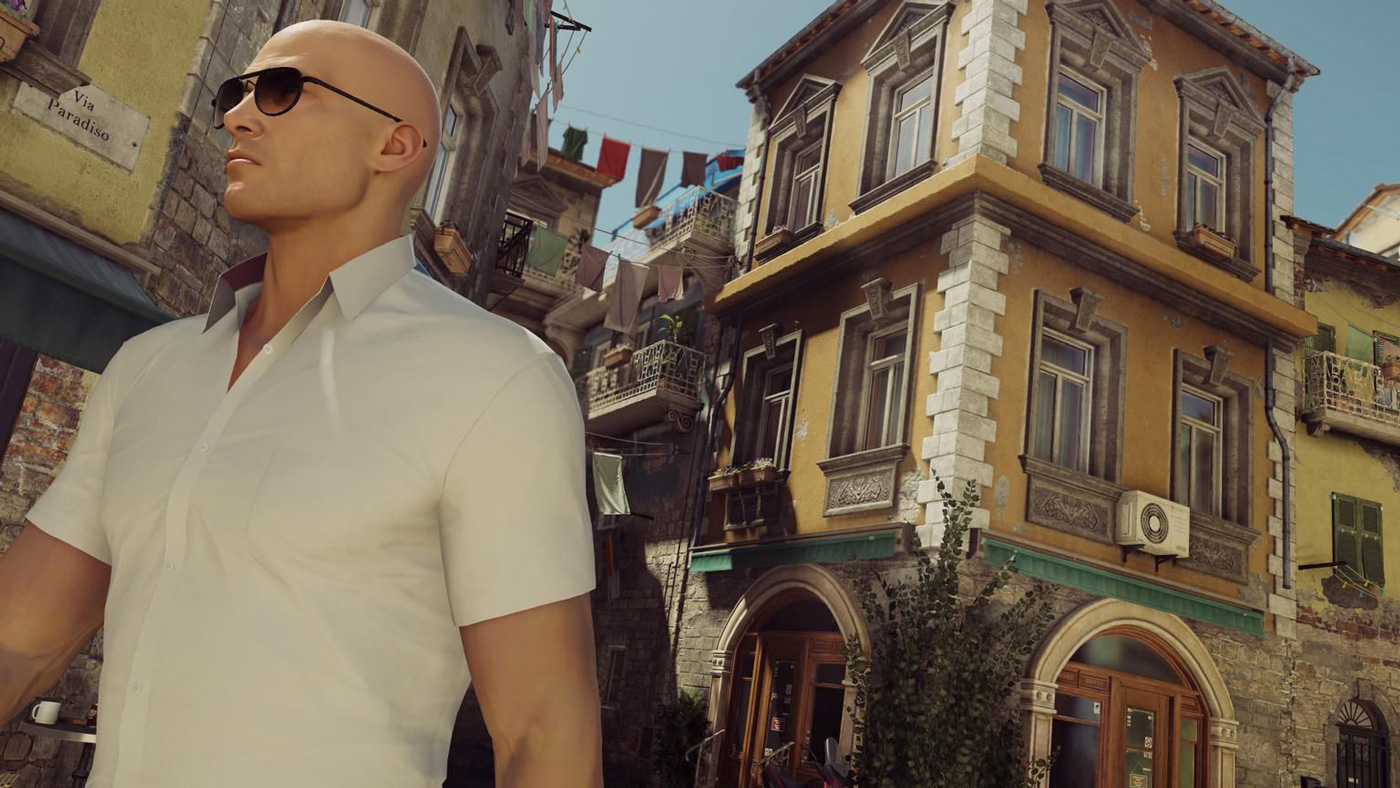 It only makes sense that the next game is Dishonored 2. I have a soft spot for the games that made me appreciate what stealth experiences can truly be when you let the player take the wheel.

By which I mean the times where I'm shouting, "Oh shit!" while plunging my sword into my target's chest because my best laid plan backfired. You'll get it right next time, Emily. 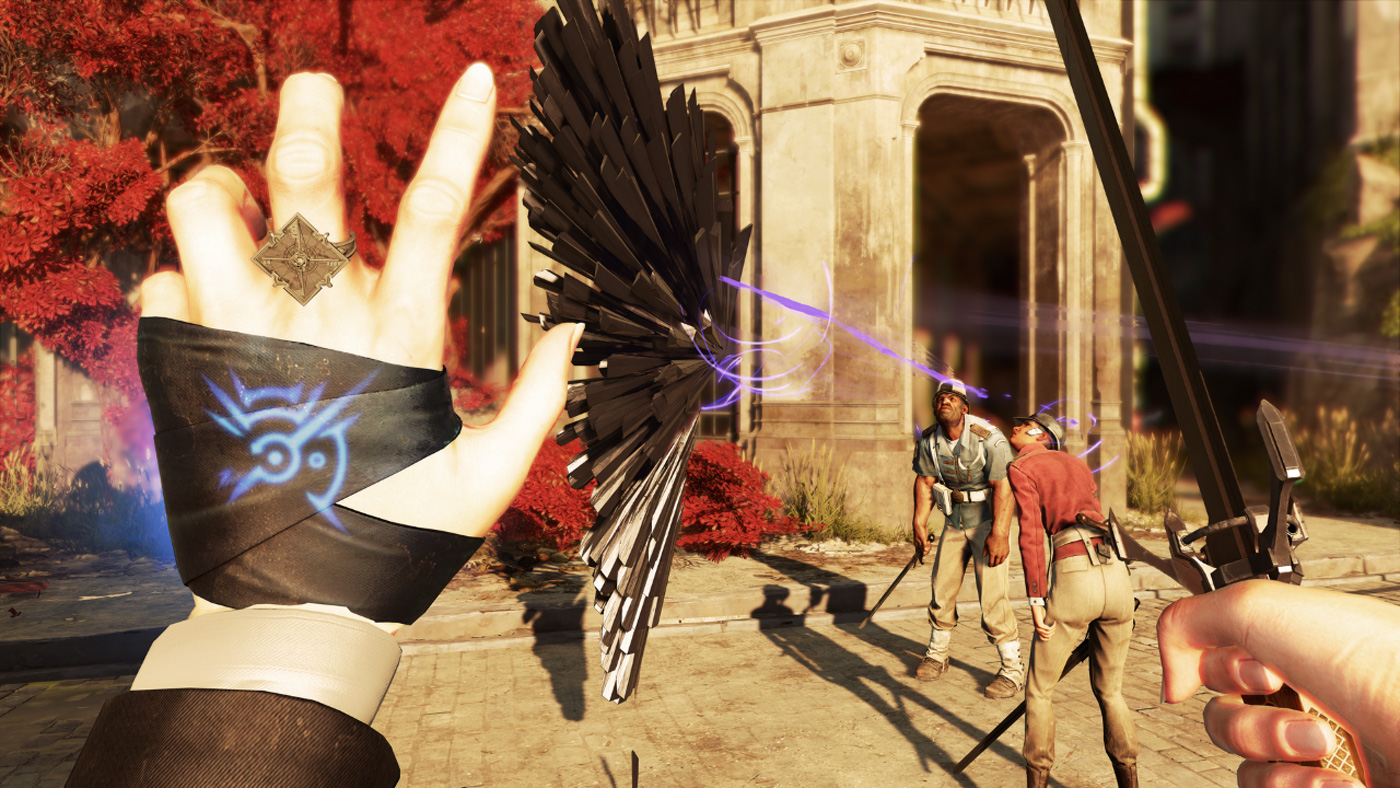 Moving on from the general BLAH that was the first game, Watch Dogs 2 is nothing short of an open-world delight for any and all memers and dreamers who wished for a more lighthearted tech adventure.

Marcus and his DedSec friends won me over in the end and I have plenty of selfies left to take in digital San Francisco. 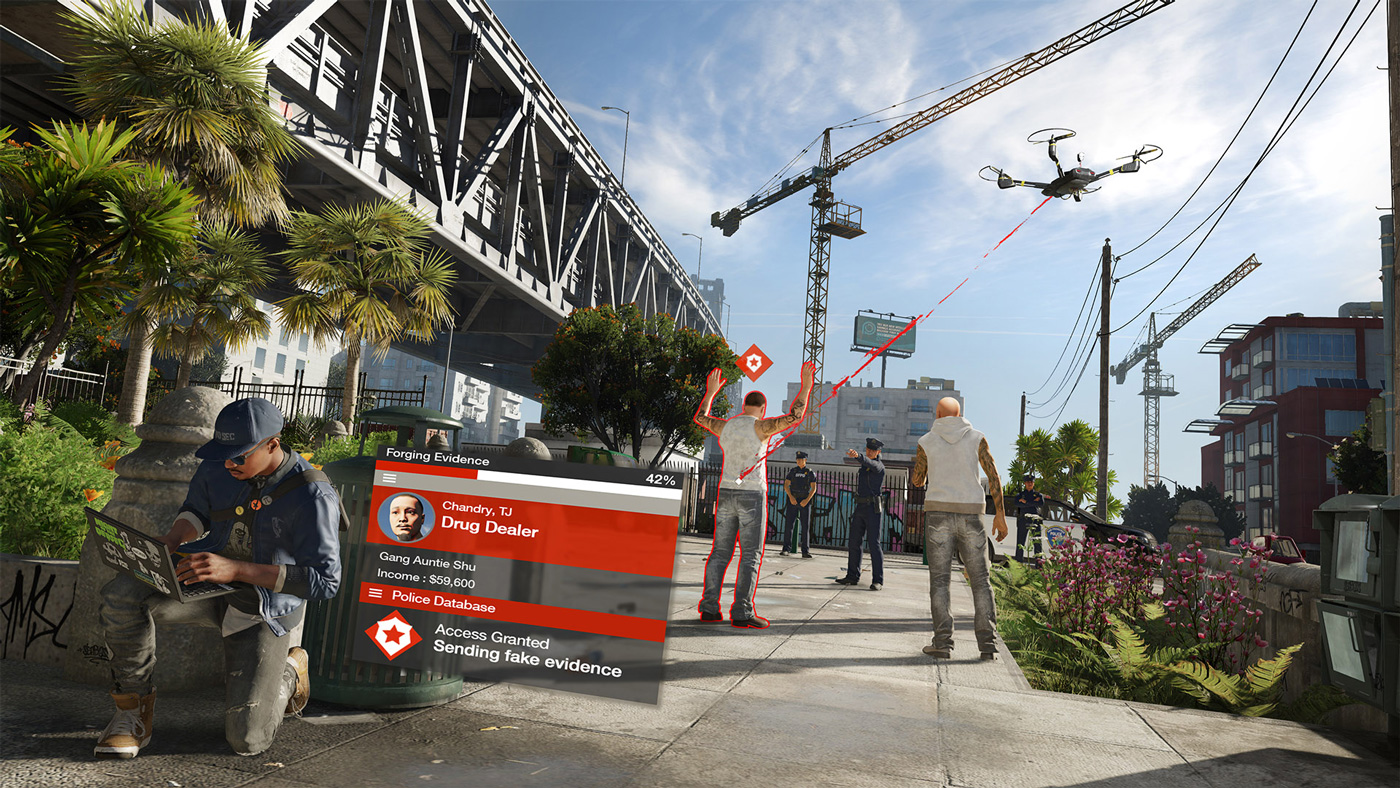 Look, I'm not talking about Hearthstone this year so I can speak to you about the magic that is Overwatch, an online shooter about the grim reaper being frozen to death by an Eskimo.

Do you wanna know what makes for a fun game night? Overwatch, the story of a talking gorilla punching an mech-piloting and anime-loving professional gamer into orbit.

There's a bunch I could say about Overwatch, the interactive love story between a time-telling cowboy and a French assassin, but seeing is believing. 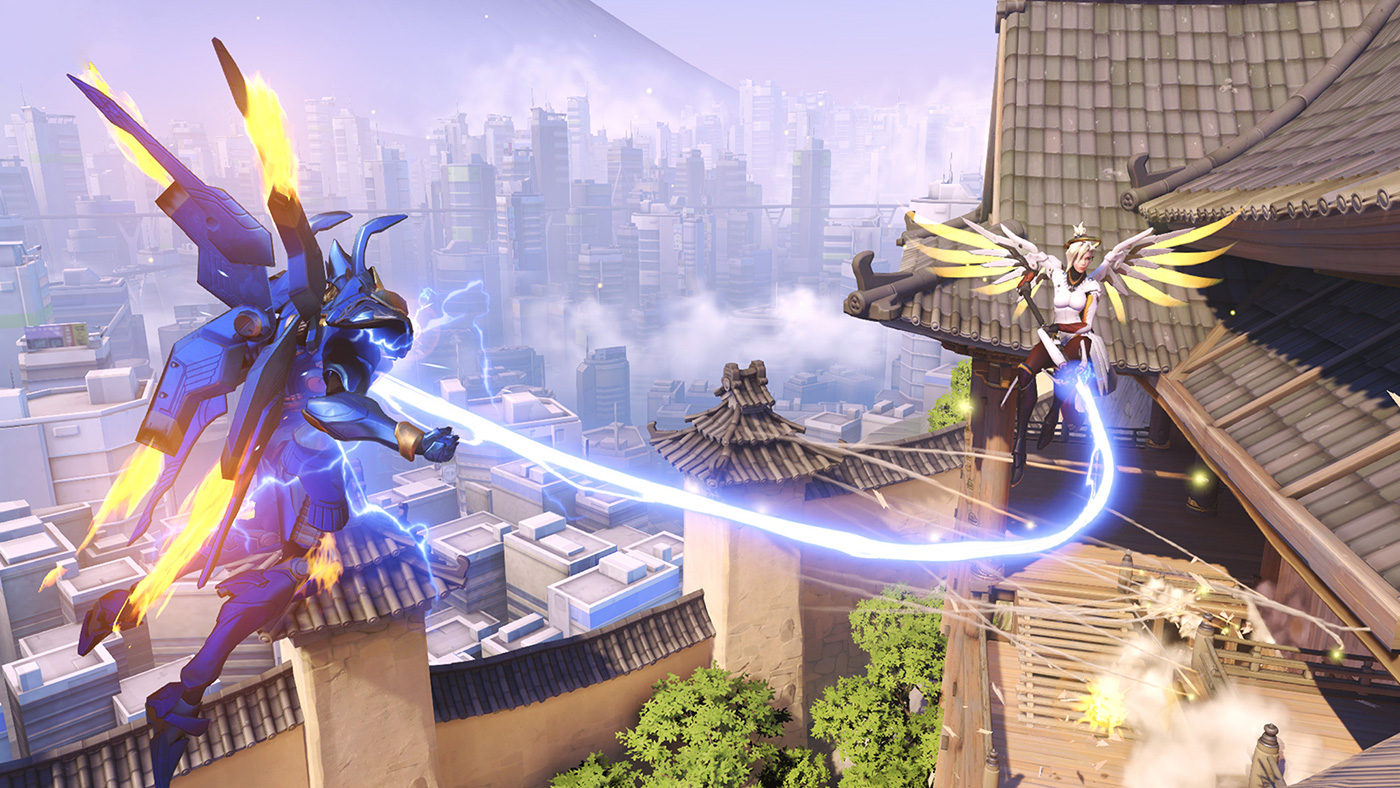 This is the new DOOM. It reminds me of the old DOOM and that's fine DOOM. However, there's more DOOM and that makes for glorious DOOM. When you can rip the arm off of some bad DOOM demon and beat the candy out of it like a made-in-Hell piñata, that's how I knew I was in for some fun DOOM.

This is the game where I take a moment to get serious. I've always want to dive deep into the sim genre, but eventually I move on without much to show.

Stardew Valley is bigger than my past attempts combined. That's not to say I'm playing it every day, but this game helped me through a rough time in my life. Putting a dog to sleep sucks. I was confused, I was sad, and I was angry. I made the decision to return to my farm and found focus, escape and a moment of happiness.

I still miss my old pups, that hasn't changed, but I need to thank Stardew Valley for being the best medicine. 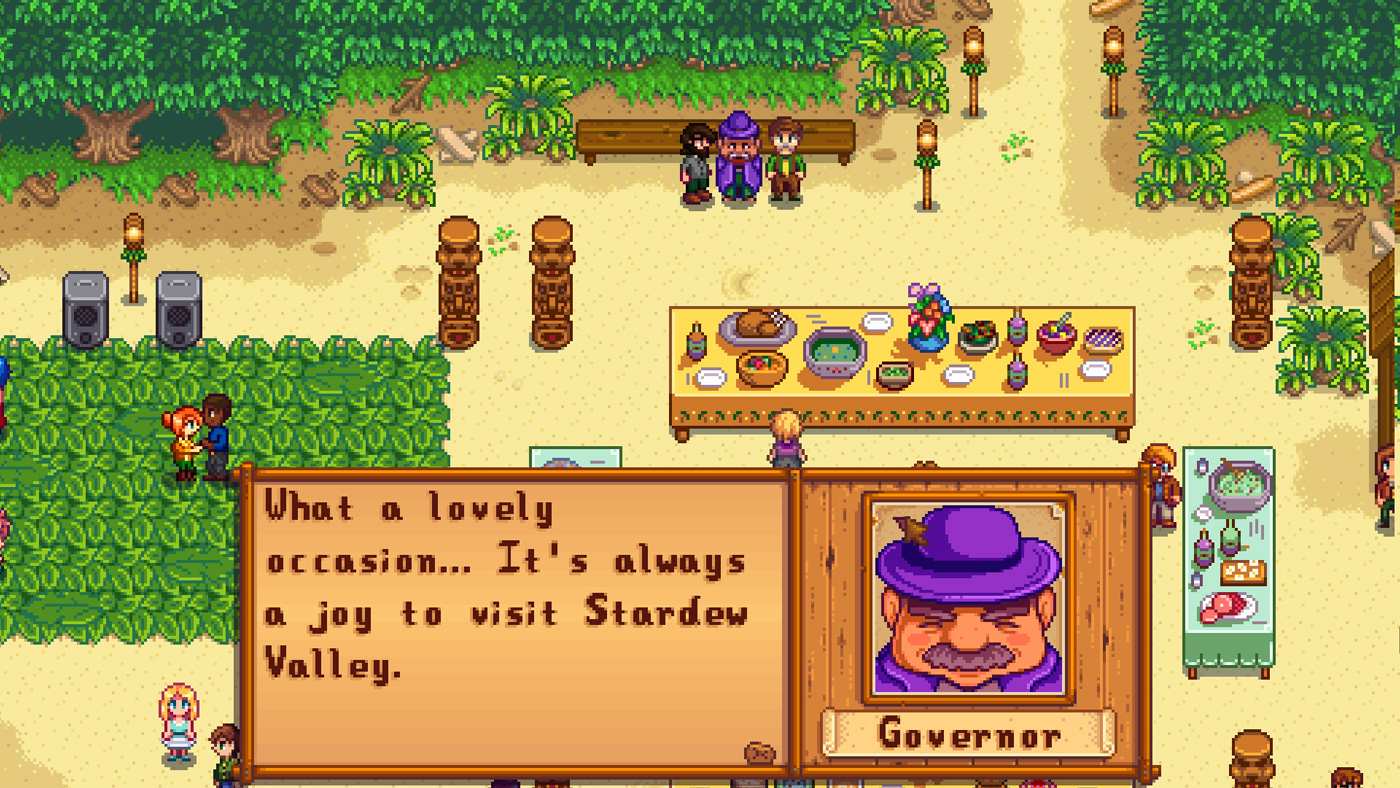 Damn. I fully expected Uncharted 4 to knock it out of the park for me and here I am, crowning it my personal Game of the Year for 2016. It was close, but I played through the first half of this in a single sitting at launch before realizing I'd missed lunch.

Nathan Drake might be the embodiment of several iconic action heroes, but I can also see some of myself in him after all of these adventures. Cracking jokes, caring for others, and having a story to tell. Elena, Sully and others are my video game family now. 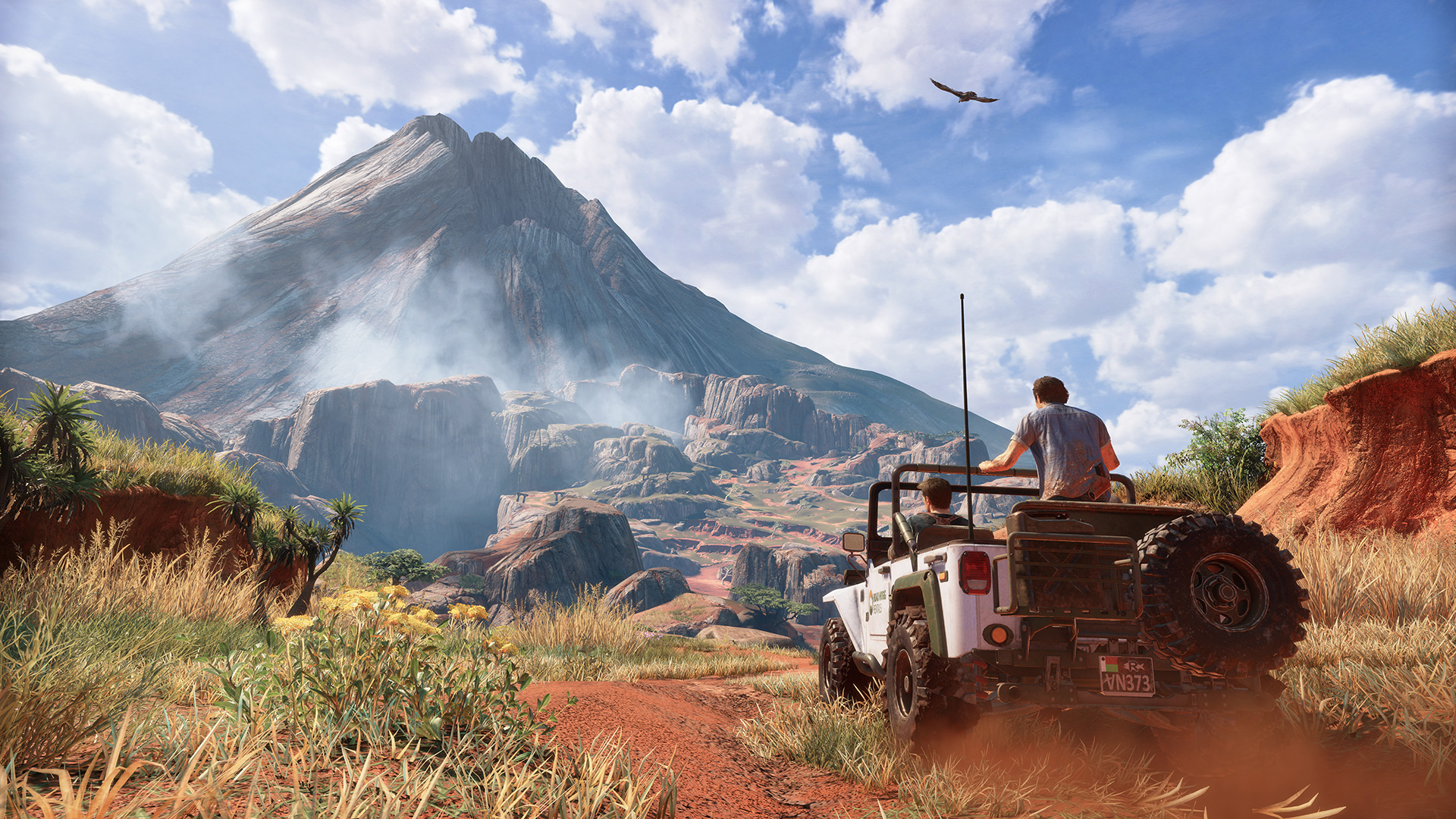 For more memorable games, check out the Games of 2016 which lead the way towards The 2016 Grimmys - Horrible Night's Games of the Year Awards.