Buying a game from a gif or still image only conveys a moment of atmosphere. It’s funny how I can get so mesmerized by a game’s aesthetic that I sometimes don’t even know the details of the game I’m buying. I’m more resistant to this than I used to be, but** I looked at Cloudpunk and knew I would play that game even if it was just a screensaver.**

Cloudpunk’s art style hit me like one of those magic eye puzzles. Every time I was trying to focus on some small detail on the screen my eyes automatically pulled back to focus on the full picture. Hell, it took 15 minutes of flying around the city for me to realize Cloudpunk was using voxels for its models. It’s always gorgeous and calming, but a bit unsettling. Cloudpunk numbs me into complacency like a hazy dream I can’t escape because I’ve forgotten I’m not at home.

Once I forced myself to focus I could actually see the building blocks of how this beautiful world came together. Normally when I start looking for the seams in a game, it breaks the experience for me. However, seeing the tiny models and attention to detail in the shadowy corners of this cohesive cityscape only made me appreciate the brilliance of its simplicity. I was in awe of the vast illusion of scope to Cloudpunk’s universe and its inhabitants. 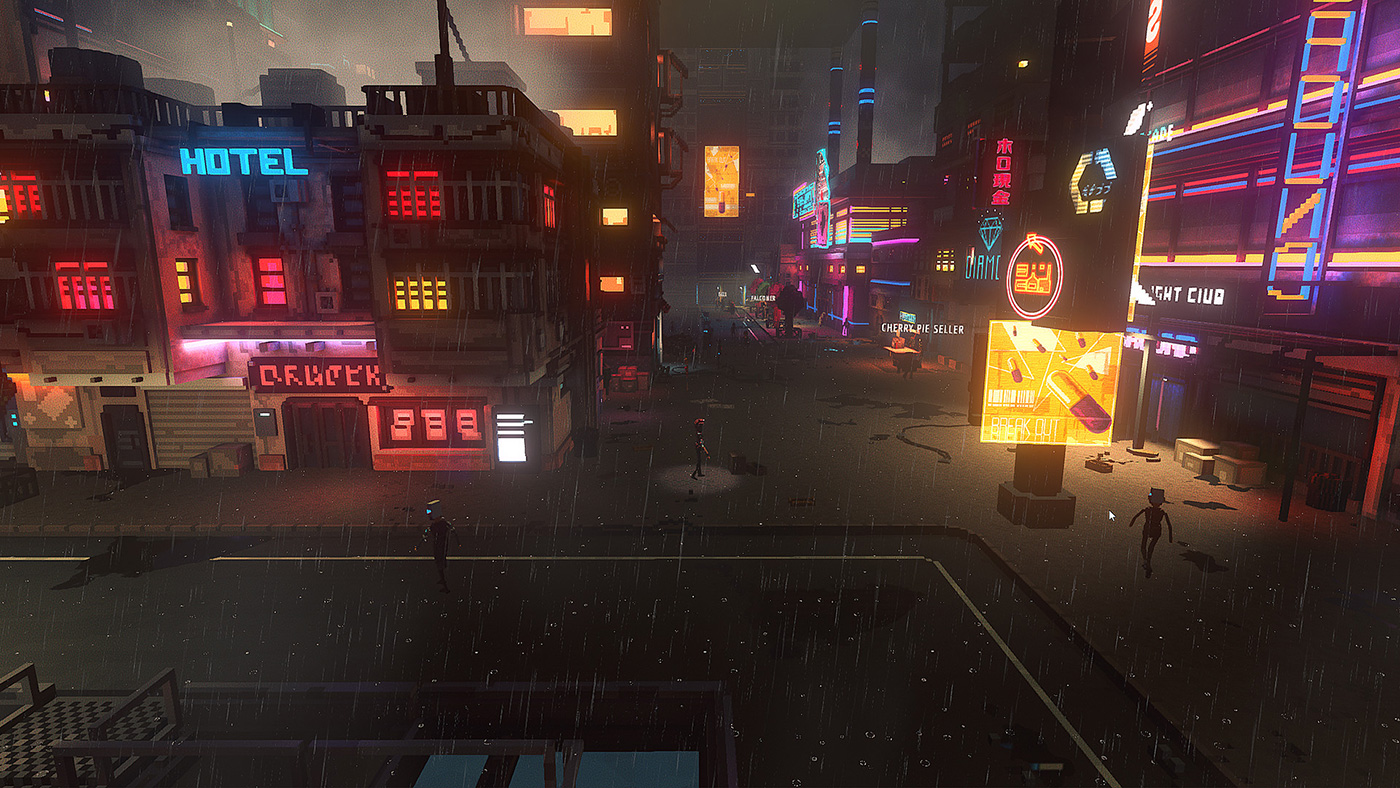 I knew I would be flying a car through a cyberpunk city and that I would be captivated. I just didn’t know I would be absorbed to this extent. Eventually, I snapped out of my dream because Cloudpunk’s next unexpected trick was to make me get out of my car and actually care about my character. It’s rare to enjoy feeling alone in a game world and simultaneously want to change it into a better place for your character. I did not expect to care, Cloudpunk.

Cloudpunk was developed by ION Lands. It is out now on Steam and coming to consoles later this year