When I reflect on the past year’s worth of video games, I can’t help but notice the themes and symbols that followed me from January to December. Before I write about those, I want to congratulate myself for doing something amazing. 2018 was my first full year as a big daddy. Not the lumbering diver-suit fellows from Bioshock, though maybe I should keep that in mind for a future Halloween. My fatherhood is going strong and I’ve developed a strong love for my daughter while balancing my other love of playing a lot of games.

My time with video games last year was full of mountains. Literal mountains, figurative mountains, even a little bit of inverse-mountains (that’s what I’m calling the week where I was too spooked to leave the starting area in Subnautica). Mountains aren’t known for being easy to climb, but our goals and dreams rest at the peaks of them. While I climbed a mountain as a dad full of rage, a troubled woman facing her inner self, or even a very-bearded cowboy trying to do the right thing, I personally worked on being a better father and husband. I also made a huge leap and quit my 5-year job. Wow, 2018 was maybe a little crazy.

THE GAMES THAT COULD HAVE MADE IT TO TOP 11

It’s not every day that I’m tasked with keeping a small community alive in the winter to end all winters and I’m not sure I’m ready to live up to the calling of making bad choices. I got a good taste of Frostpunk at launch and it’s on my shortlist for old games to return to in 2019.

Holedown swept the HoNight Slack like the ball-bouncing, block-busting mobile fever that it is. It’s pure hypnotic bliss when the balls are flying and suddenly the screen is empty of all obstacles. I’m shuddering just thinking about it. 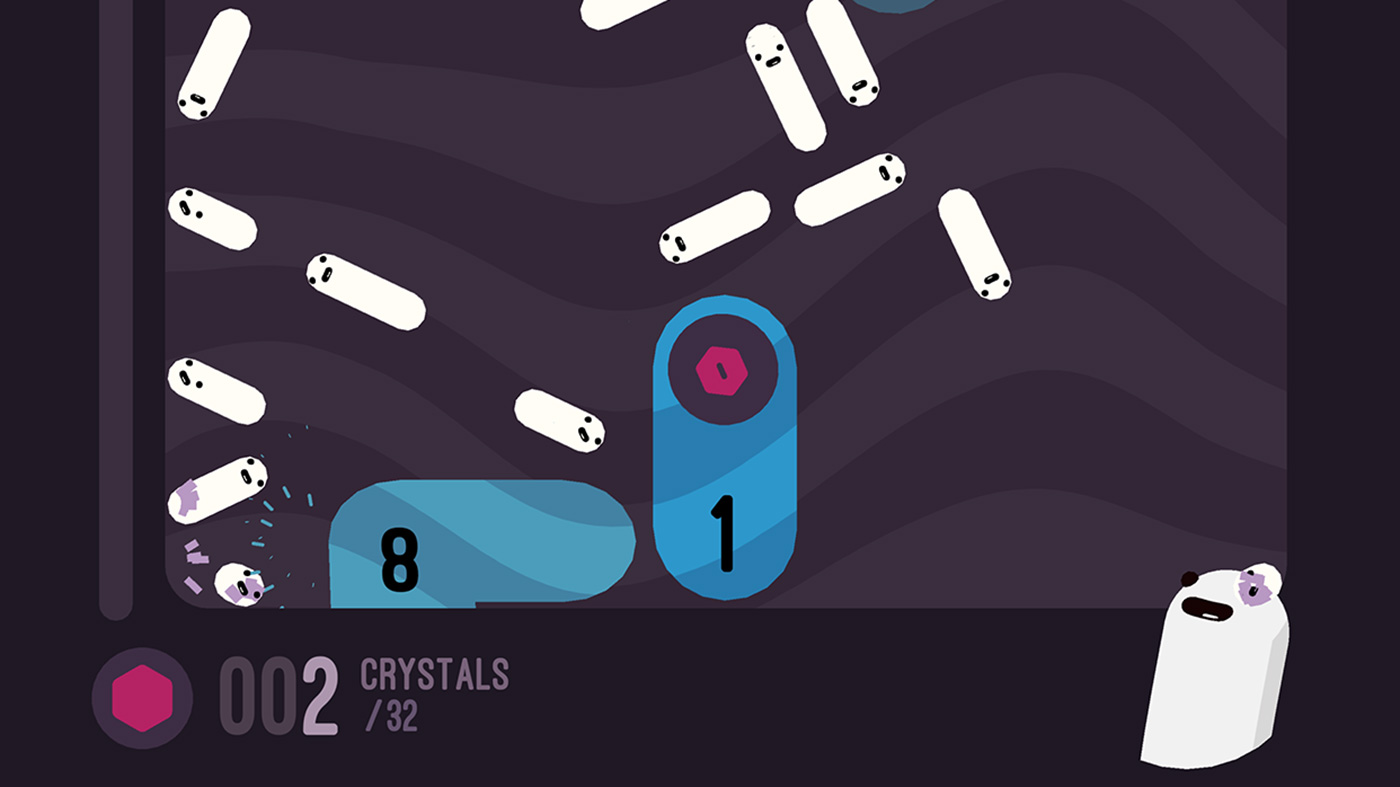 Shadow of the Tomb Raider

Larry Croft and I go way back, so I gotta show her some love this year. I got maybe halfway through Shadow of the Tomb Raider and plan to finish it, but it’s solid tomb raiding in a year where I played several truly unique games.

I enjoyed the handful of Monster Hunter: World game nights back in early 2018 hunting big and scary dinos with the crew. The fun isn’t in the perfect execution of stalking a creature, but in the pure pants-wetting terror when the giant that we were chasing isn’t the biggest badass in the jungle.

This follow-up from the creator of FTL is a major regret from me. I picked it up late and haven’t really sat down and focused on squashing bugs with mechs like I’ve wanted to yet. I expect to fully hop back Into the Breach this year. 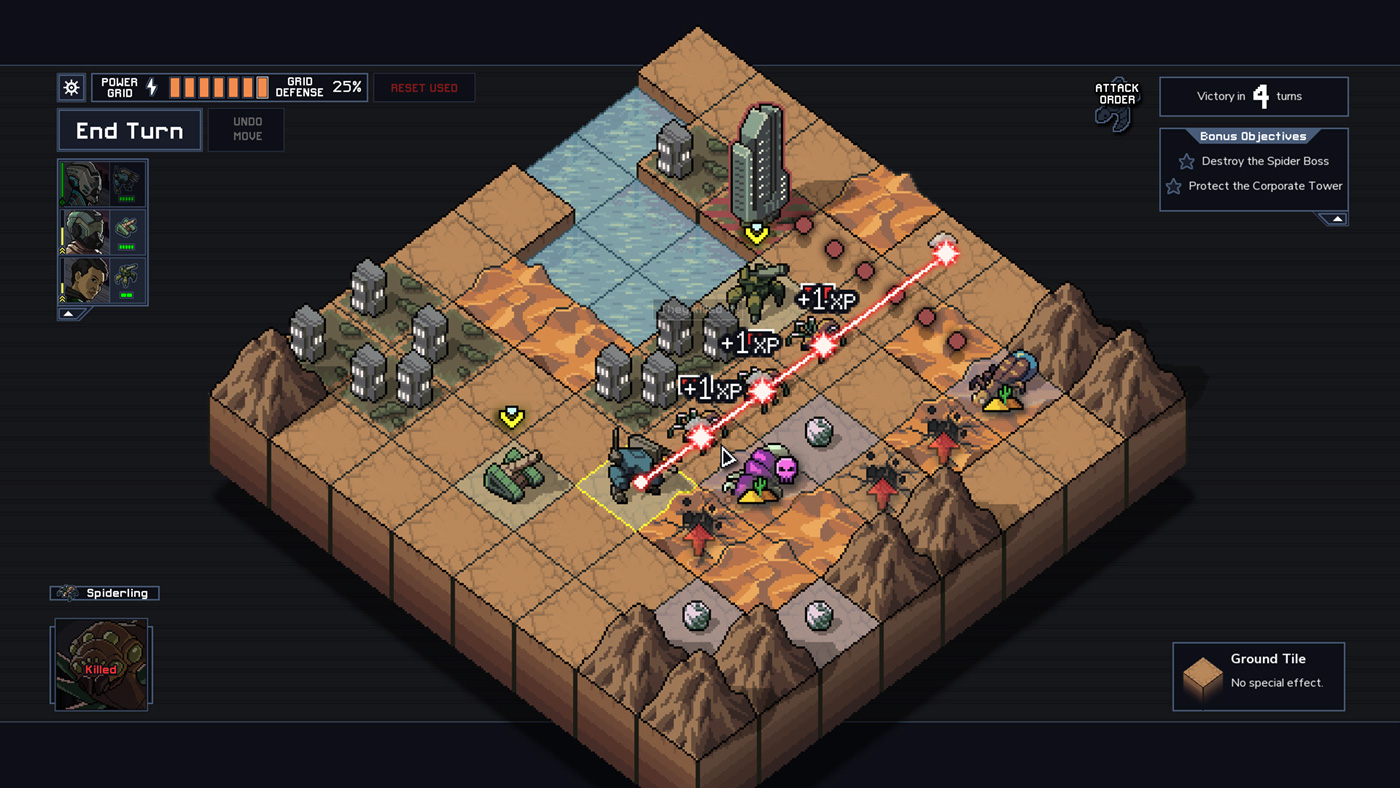 The expansion of 2017’s first and true game of the year Prey, I haven’t even booted up Mooncrash once. At least I know it’s waiting for me when I’m ready to give it a chance. Or bash every chair with my wrench. Mimics are the worst.

It’s against my protocol to play games too much before they’ve officially launched. With Book of Demons flying in hot at the last possible minute, I wouldn’t have guessed it would dungeon crawl its way into my heart so damn much. It plays slightly like an idle clicker Diablo with simplified deckbuilding and I LOVE IT SO MUCH. Slap an accommodating game session length system on top and you can fit so many runs into this bad boy. 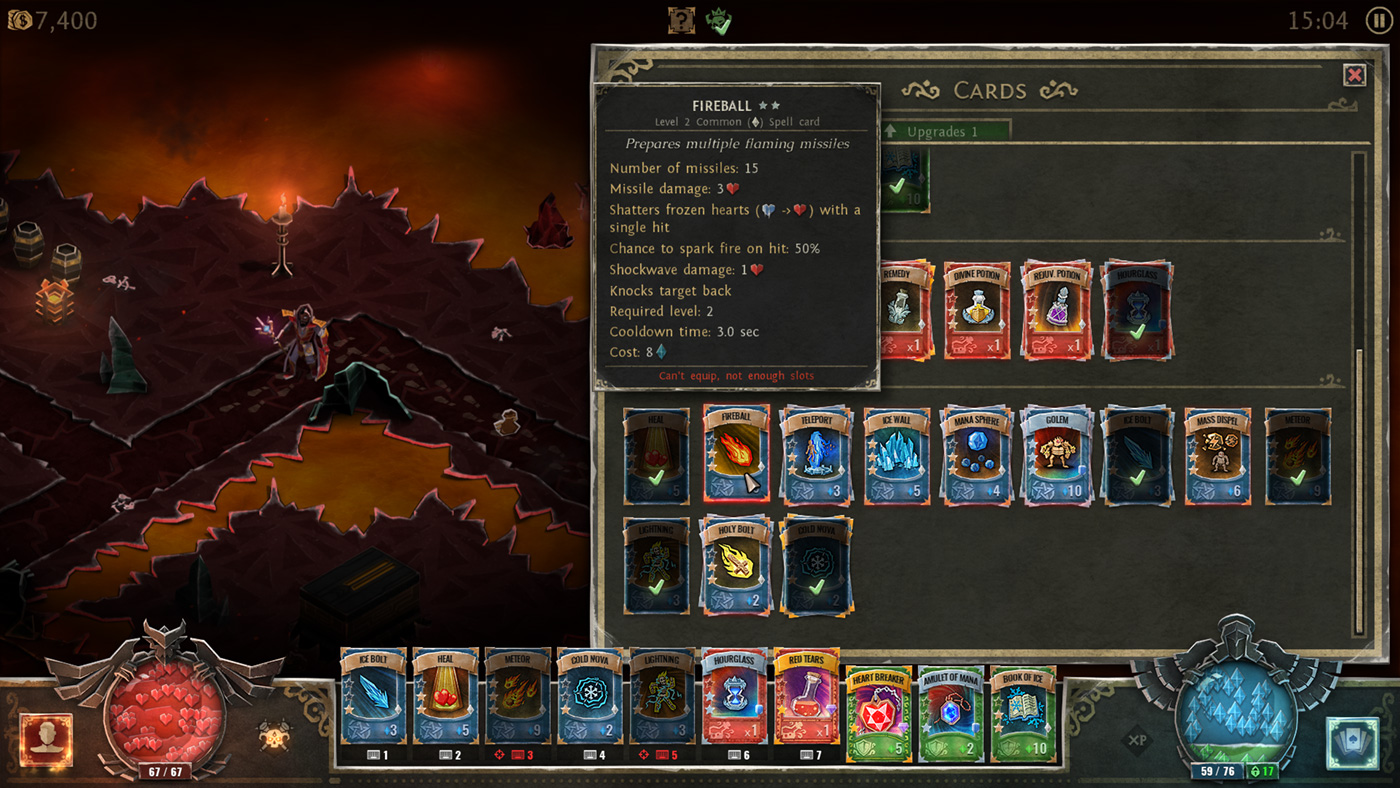 I only have 60 seconds to describe why Minit is one of the most charming, fun, masochistic, time-bending, sword-swinging, curse-having, coin-collecting, secret-hiding, speed-running, self-murdering, ghost-hunting, shortcut-finding, world-saving games of all time. Let me begin with my first point: charming. Huh. Well, this is embarrassing. I seem to have jumbled my notecards. Just a moment… sword-swinging, world-saving… ah, yes. Charming. You know what? I lost many precious seconds there. Resetting, be right back. 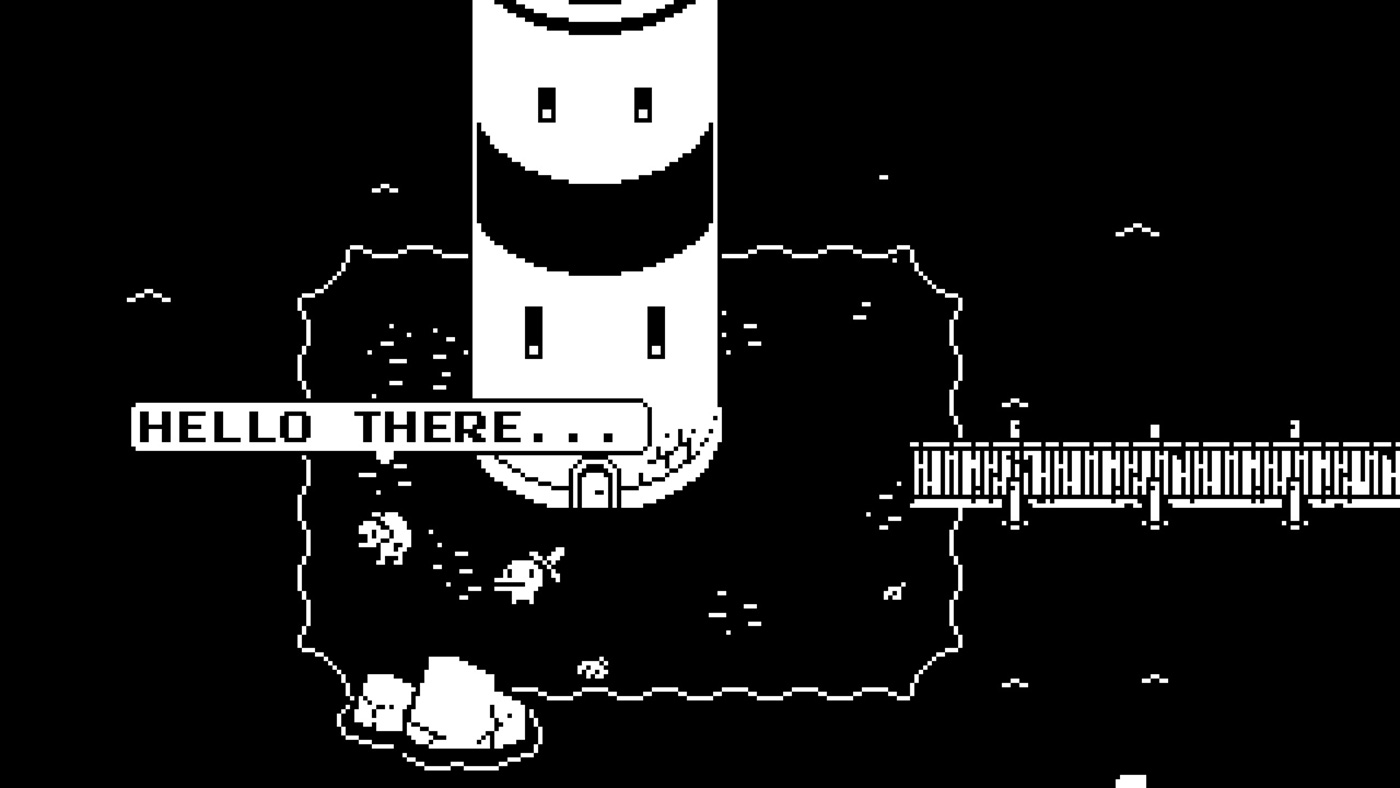 On its surface, Donut County is the story of a raccoon doing his best to level up at his job and deliver as many holes to a town’s citizens. Underneath that, it’s about a small community of people having to deal with their lives being swallowed whole by an invasive force. Somewhere in between, I think it’s about reading the humorous Trashopedia entries and doing that breathy laugh thing at each one. You know, that laugh when you snort air out of your nose and smile a little bit. That’s the one. 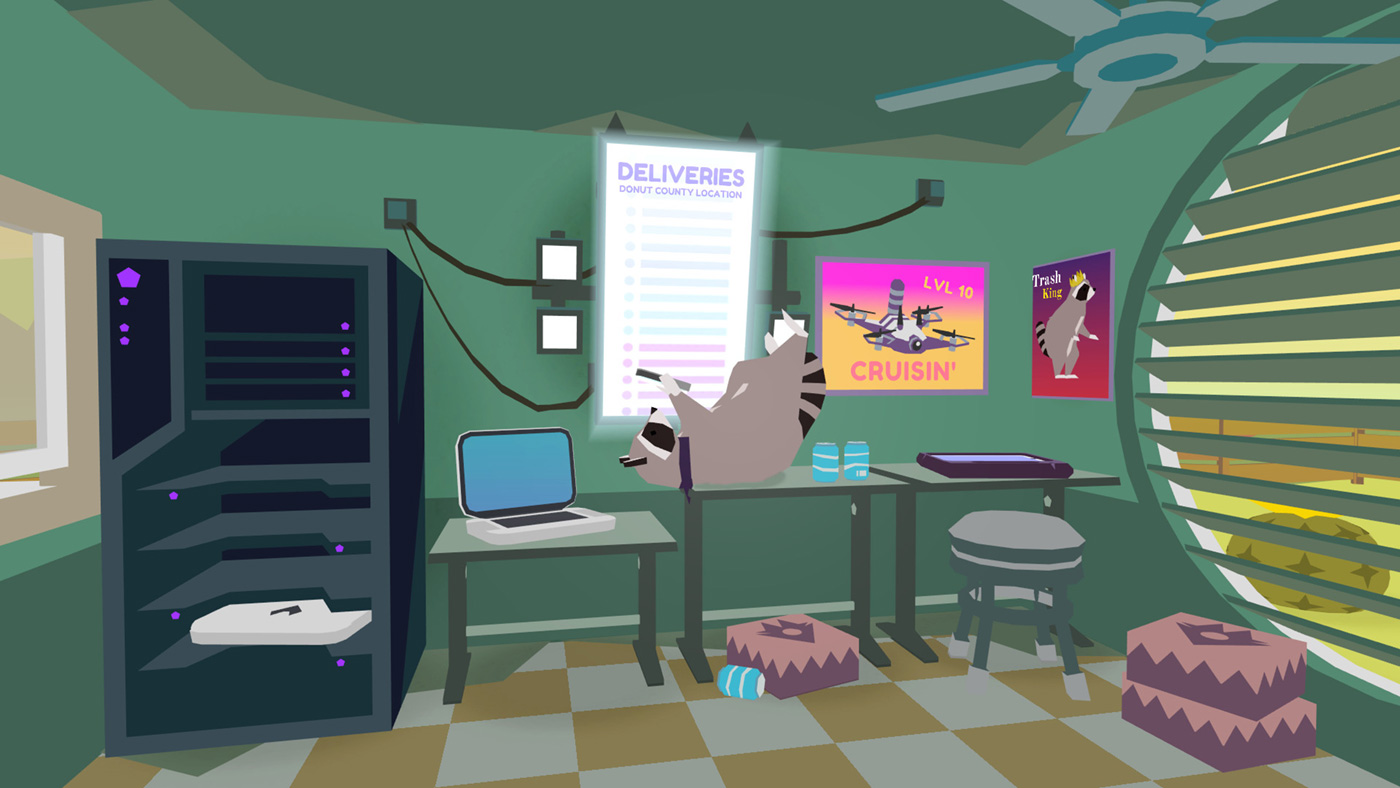 I consider myself a late bloomer to the Dragon Quest series, starting with VIII (that’s 8 for those of you who don’t get Roman numerals). Even without a long history of dragon questing behind me, Dragon Quest XI might perhaps be my favorite of the bunch that I’ve played. It’s accessible and wholesome JRPG fun for the entire gosh-darned family. See slime, hit slime, level up, strike a pose. Help people across the land solve their problems. Maybe save the world along the way. No big deal. It’s not about the big bads you crush. It’s about the journey, friendo. 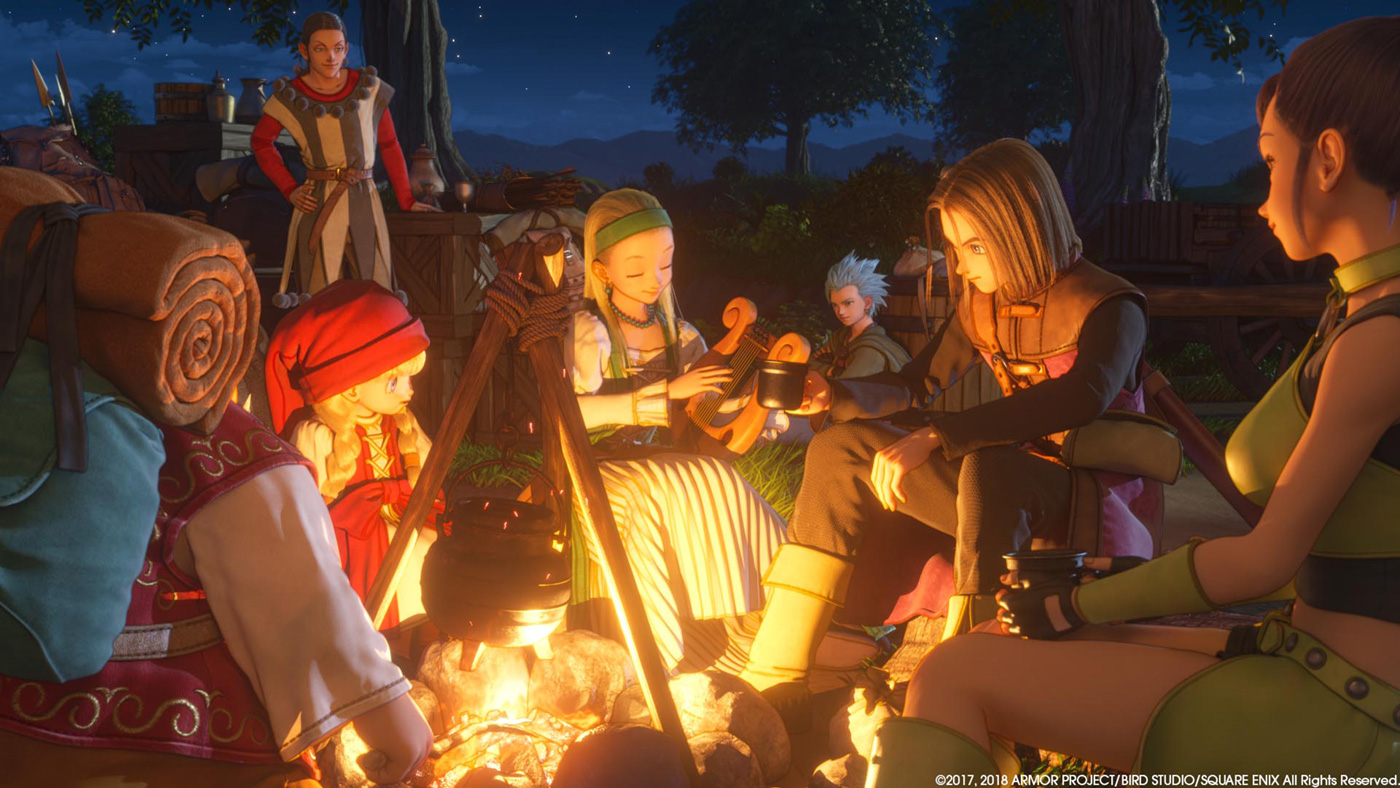 This one ain’t surprising anybody! I will always play a Smash game. Ultimate more than lives up to the name though. The roster is humongous! The soundtrack is tremendous! The game modes are incredulous! Isabelle is fabulous! The wait was torturous, but now I’m rapturous! This is quality Smash. 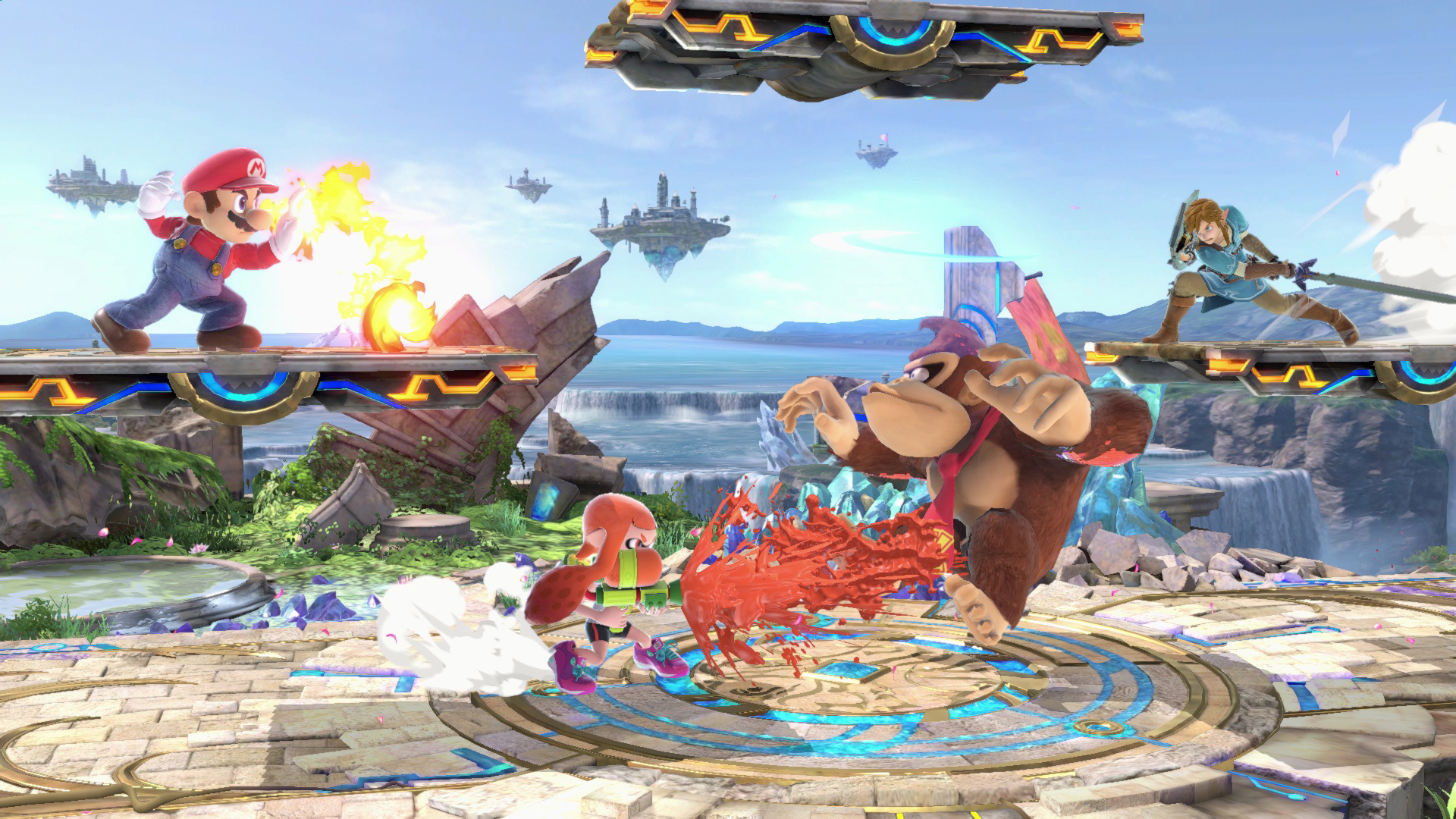 Odyssey takes everything that I loved about Origins, relocates it, and then magnifies it all by fifty for better and for worse. It may seem like a map full of busywork at times, but I never got tired of running, climbing, leaping, and stabbing my way through Greco-Roman landscape. I’m Team Kassandra all day, living for maximum goofs and flirting with every eligible horndog in sight. Oh my Zeus, I’ve just realized that this is my ideal version of The Bachelorette. 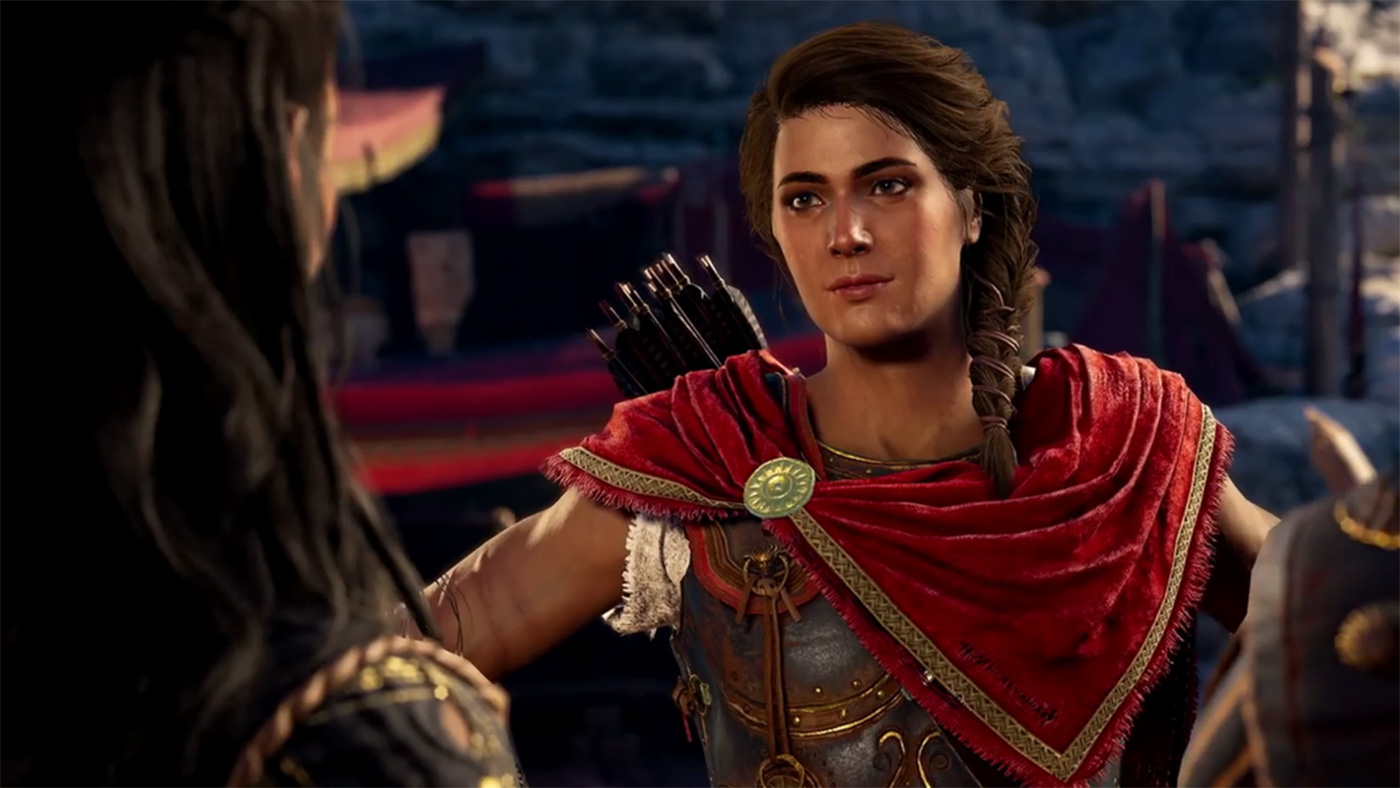 I’m gonna skip a lot of long-winded speech about finding my groove in the West and focus on the fake that Red Dead Redemption 2 won me over in the end. The road was long and the traveling was carefully (and obsessively deliberate), but I’ve shot a lot of fools that deserve it, broken some horses that became my best friends, and watched the sun fall hundreds of times on that wild and dusty prairie. Don’t let any man tell you that it’s stupid to wear a bear-skin hat! 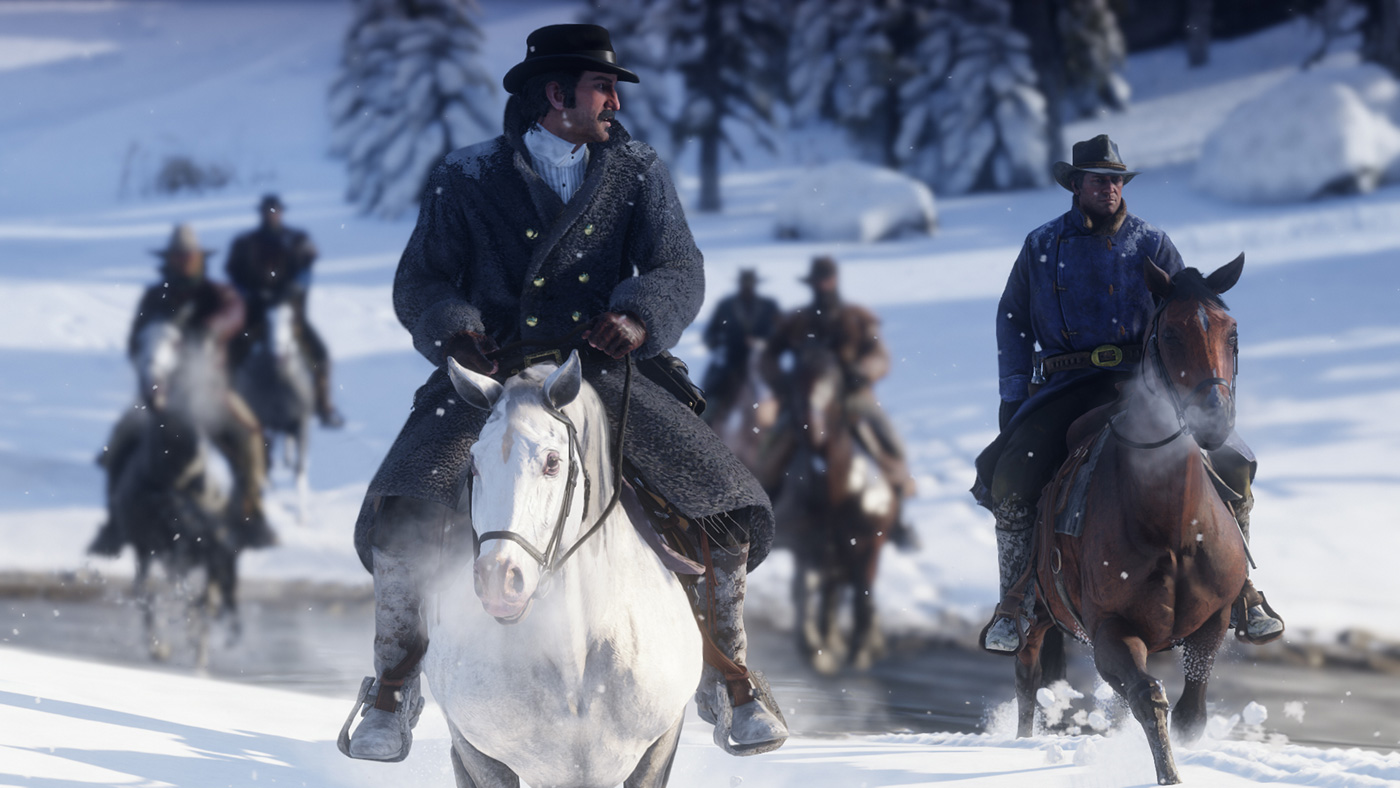 The internet joke is that Insomniac made us all “feel” like Spider-Man, but the truth is that I became Spider-Man in the moments that I swung around Manhattan, worked with Mary Jane, and punched a rogue’s gallery of villains after a pithy quip or two. Batman might have changed the game all those years ago, but Spider-Man zipped in to up the ante on being a superhero with something to lose. Excelsior, dear friends. 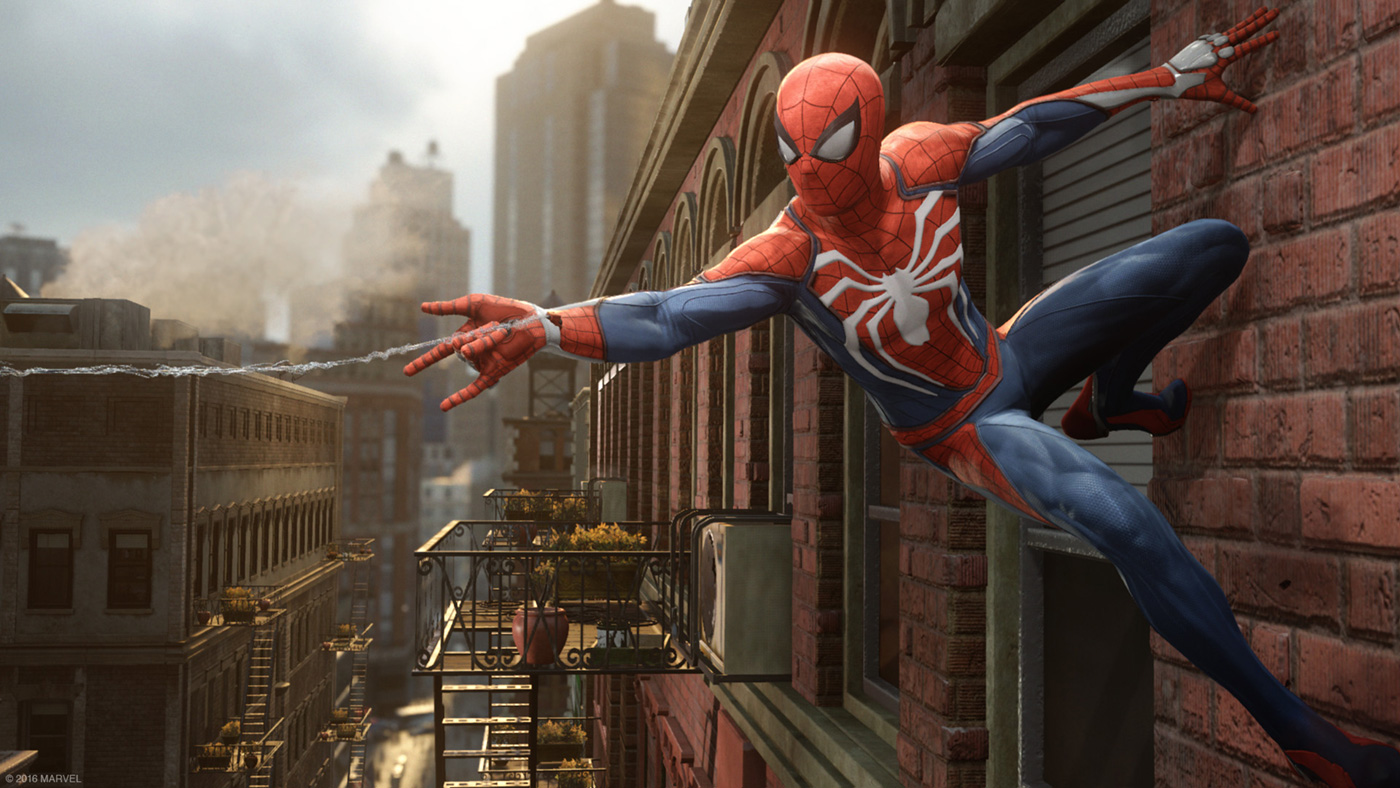 Every year, I look for my next Spelunky and this year I’ve found it in Dead Cells. The rub is that this is not a roguelike that’s laser-focused on tons of gained knowledge, precision platforming, and a little bit of luck. It’s about experimentation, empowerment, and growing ever so slightly more capable of whooping that much more ass on the next try. Cells is basically Edge of Tomorrow (Live Die Repeat) in video game form. 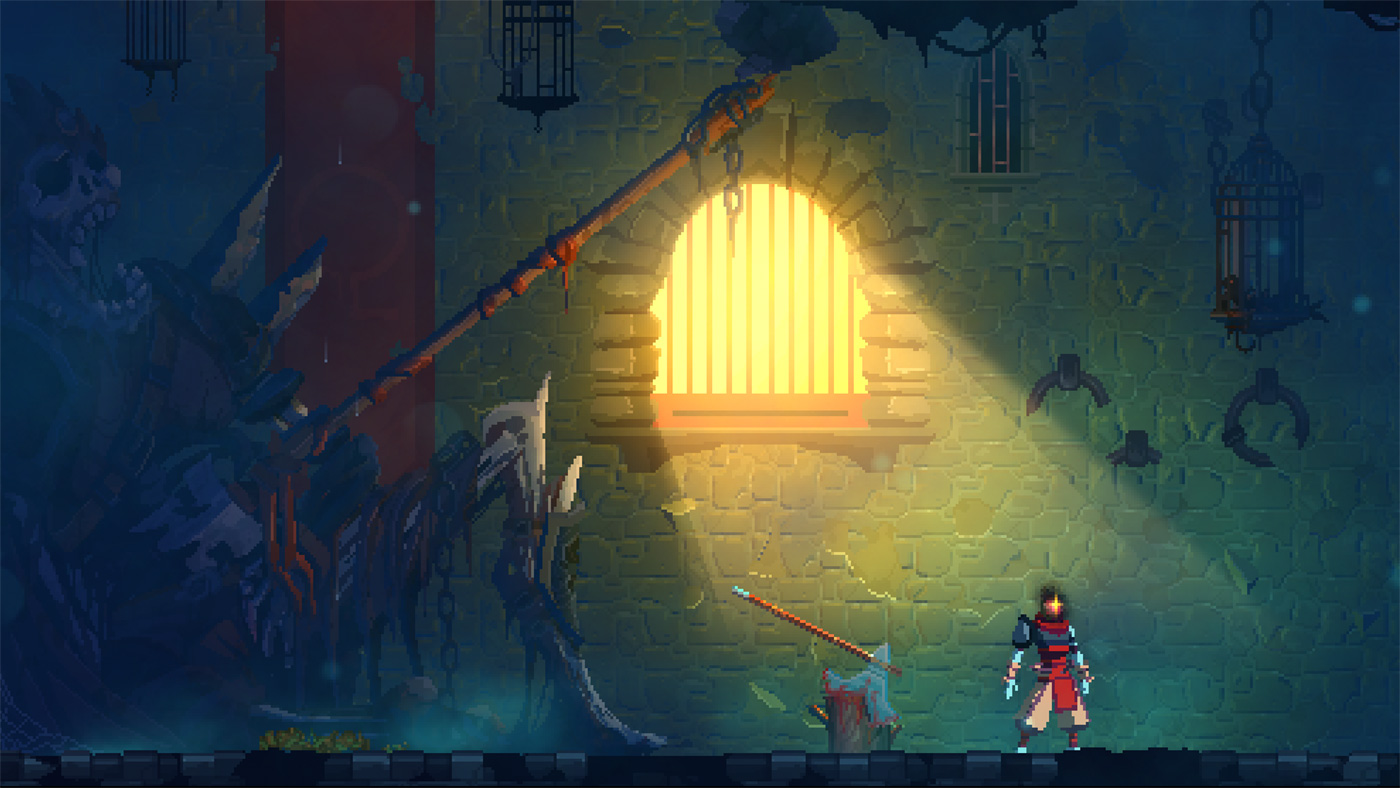 Sleeping on Celeste for most of the year was a mistake and I owe it an apology for that. The good news is that it was easy to revisit the mountain, die hundreds of times, and grab a bunch of strawberries on my way to the top. That mountain has a lot to say and I sure wasn’t prepared for that caliber of story and characters in an indie platformer. Jump, fail. Jump, jump, fail. Just keep breathing. 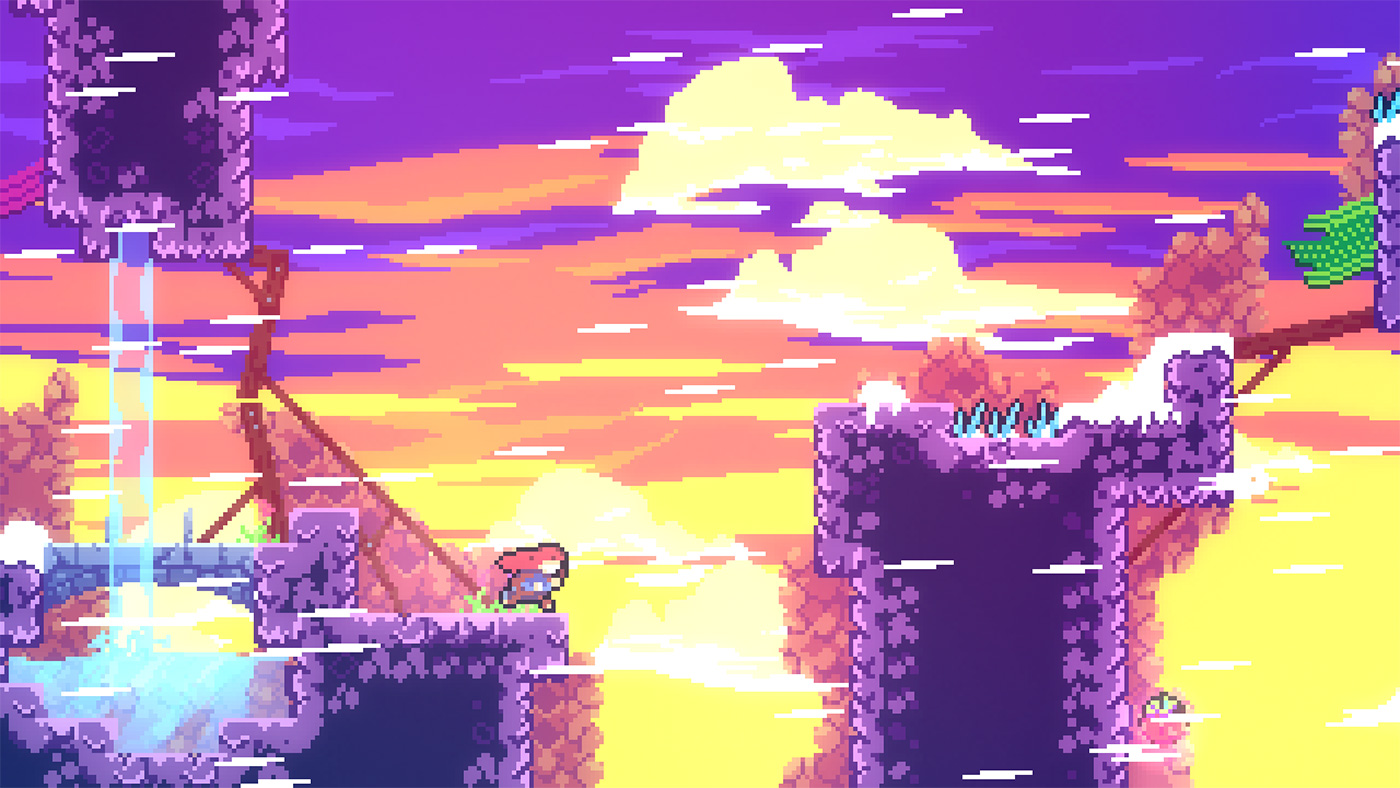 Last year, I got lost carving my own path in several open world games. In God of War, I became Kratos, a dad hoping to leave his life of carving his enemies to shreds in the hope of being a better person.

There’s a lot of easy bullet points about why this can be anyone’s game of the year: a superpowered axe that returns to your hand with a button press, a single-shot camera that follows Kratos’s perspective throughout the entire game, or the visceral carnage that one god-like dude can rain down on his foes. I loved all of that, but it was the journey to the mountain (#YearOfTheMountain) with my boy that made my whole year.

For as much of a badass as Kratos was before and continued to be, he wasn’t good at everything. He suffered at relationships big time and there’s no button or skill that you can level up to make it better. It was the culmination of all moments, the highs and lows, that allowed him to earn to even see that possibility with his son Atreus. I was so there for that experience, reflecting on my own fatherhood where sometimes it seems effortless to earn my daughter’s affections and other days where I can’t seem to make her happy.

Santa Monica Studio took a decent action game, known for its violence, blood, and nudity, and made it modern and more enjoyable than it probably deserved to be based on that history. Just like Breath of the Wild last year, God of War will get a second playthrough out of me and I will be honored to walk in the Ghost of Sparta’s shoes once more. 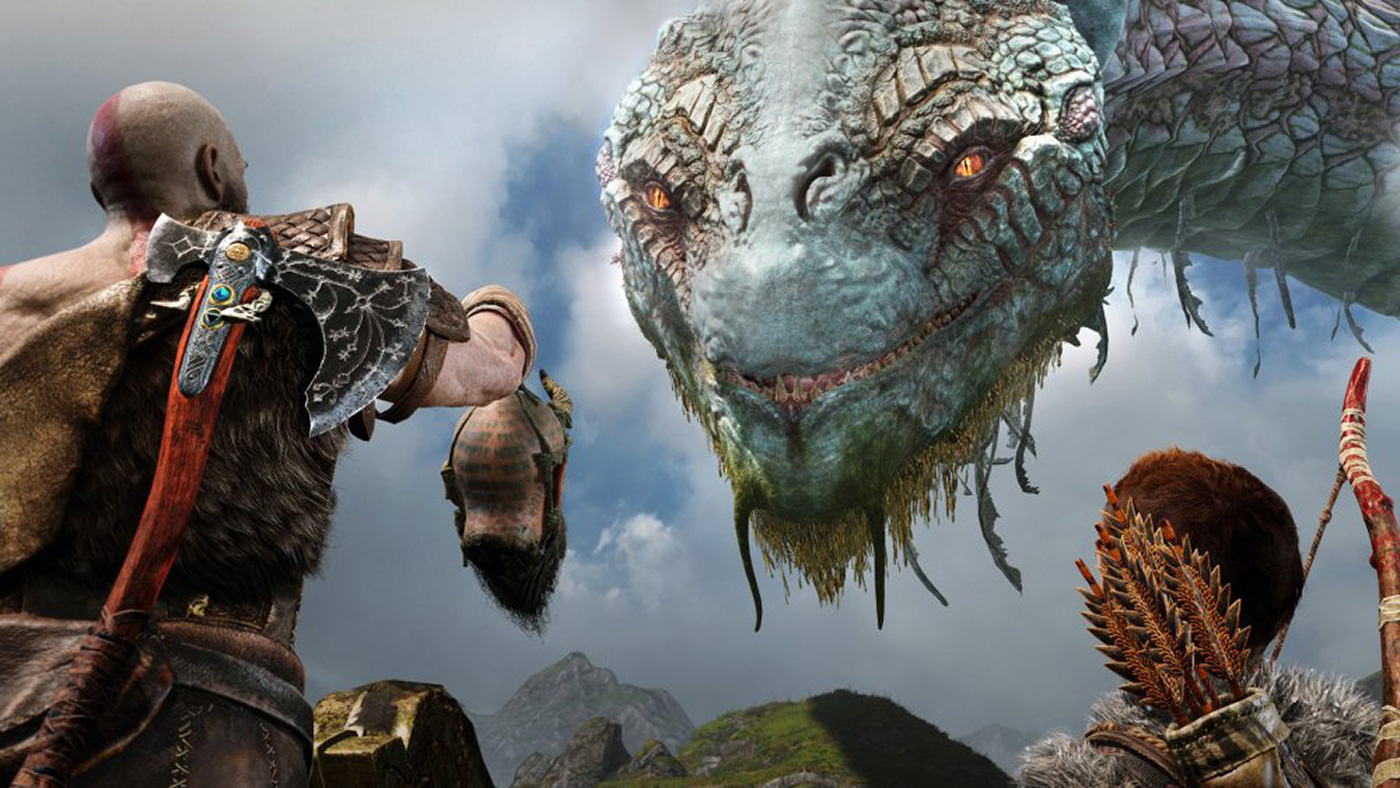 For more memorable games, check out the Games of 2018 which lead the way towards The 2018 Grimmys - Horrible Night's Games of the Year Awards.