Justin and his assigned faction need to eat. Enemy factions disagree. Will the fight be overwhelming like other real time strategy experiences or does trimming the fat finally allow Justin to focus on conquering?

Whew, the intro and story setup are awesome. It could have gone poorly or come off as cheesy, but its earnest and diverse characters won me over. I wanted to go win a war.

I would have liked to have chosen which faction I could start with because I wouldn't have gone with The Longcoats, but after a couple missions I enjoyed their general so it was fine.

Man, this Tooth and Tail is fast especially for a strategy game. The controls feel good enough and it's kind of freeing to know that you only have control over so much of what is happening on screen. Sure, there is a lot happening, but there are only two levels of unit management so it never felt like I was missing some sort of unattainable micromanagement skill. When I got overwhelmed or I lost, it felt like I could get better by just playing more. Luckily, winning also feels good in Tooth and Tail and turning the tide encouraged me to push onto the next mission. 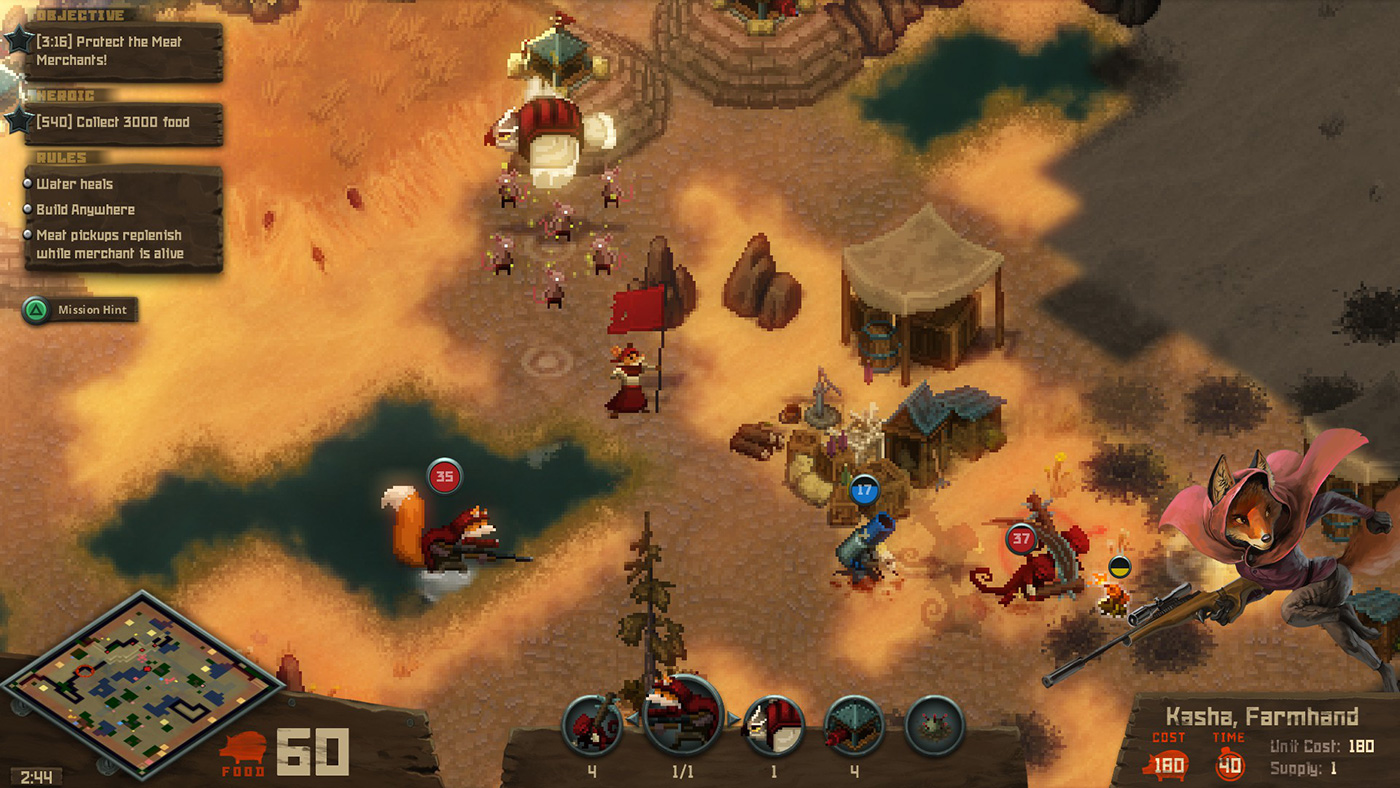 Tooth and Tail isn't as easy as I expected. After the first couple of missions, I got smoked by my enemies after I made some obvious mistakes. I was still learning but I learned the hard way that the tutorial ended a while ago.

Beyond the gameplay, the fully realized turn-of-the-century animal world of Tooth and Tail is kind of amazing. Going back to each faction's home base inbetween missions and seeing the diverse characters living through this war added depth I didn't expect. Pocketwatch Games does a lot with characterization in short bursts and the voice acting is surprisingly memorable as well.

I've gotta psyche myself up for my next round, but I'm gonna go back in and put up a fight. I just unlocked a new faction so getting to know another group is a strong motivator to keep playing. Plus, I want to rope in a couple of friends to try out multiplayer. That mode has a lot of promise if it can build off of what I like out of the campaign.

Tooth and Tail is available now on PC and PS4.