Justin literally hasn't cast spells like this before. This unassuming magical adventure has nothing to be ashamed of.

Mages of Mystralia does an amazingly efficient job of setting up its story alongside establishing plenty of reasons for you to have empathy for your playable character. This young girl is outcast by her community for having powers she doesn't understand, and together we're going to figure out how to use these incredible powers to save the world. In short, I'm in! I was pulled into this game world immediately and I cared about what was happening. It's not that the story is all that unique, but a lot of games tend to botch the setup and never recover. Mages of Mystralia starts strong and never wavers. 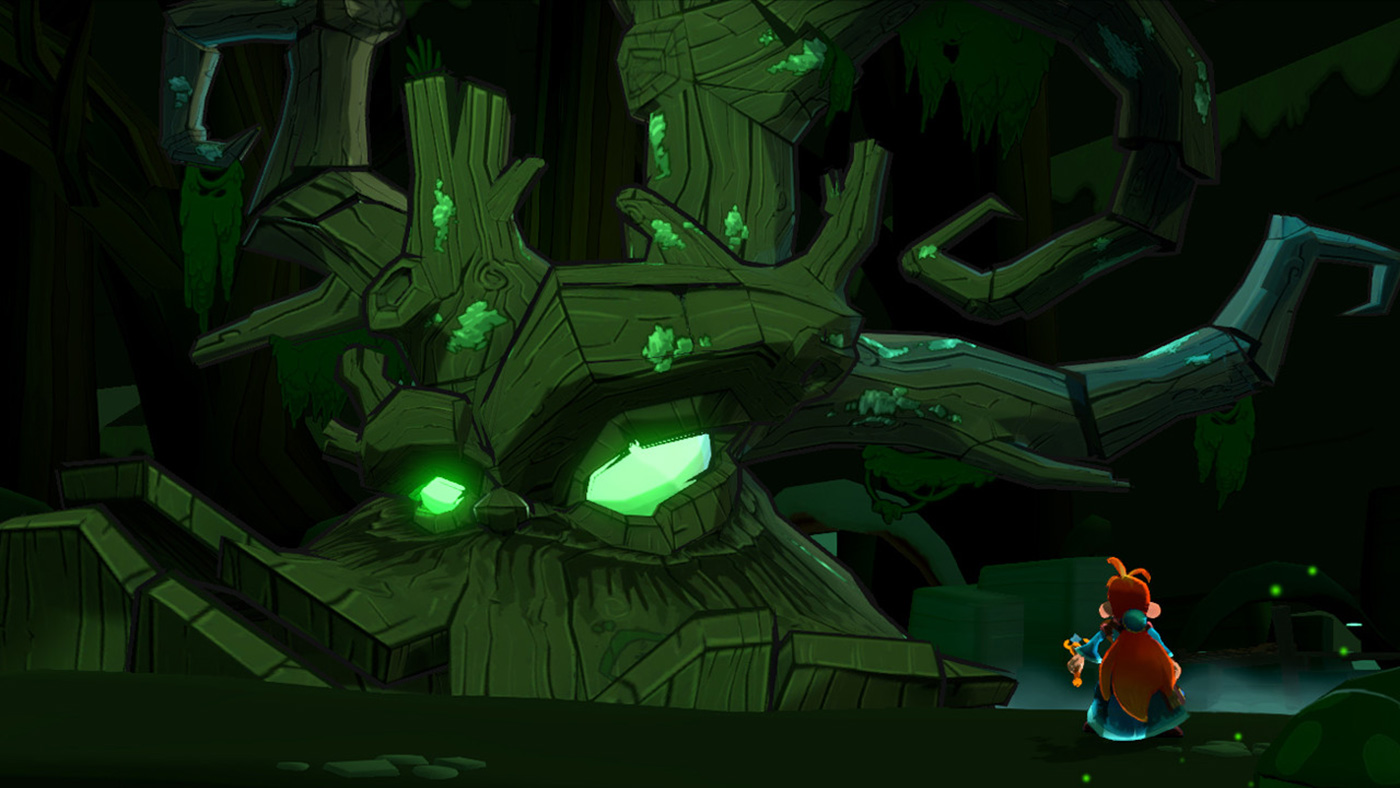 This is a game that has been crafted with care and feels very comfortable in its own identity. Mages of Mystralia is definitely inspired by some of my favorite action RPGs, but it never uses that inspiration as a crutch. The fundamentals of an action RPG are all in place here. The controls feel great, the setting is interesting, and the enemies are fun to wand to death. Underneath it's familiar atmosphere, is a unique sum of clever and purposeful game design ideas.

After you are let loose a bit, it becomes obvious that the magical spells and the action and logic puzzles that come with them are going to be the stars of Mages of Mystralia. Evolving my fire spell from merely being a means to light torches into a deadly fireball, opened my eyes to the interesting and customizable spell options that are in my future.

It's not just an adventure game though. The action in Mages of Mystralia does keep you on your toes, and the boss fights are surprisingly satisfying as well. I thought I'd get a single stand out game mechanic to hook me and bring me back, but Mages of Mystralia has the total magical package going on here.

I've been going back to Mages of Mystralia on a regular basis since I initially recorded this video. It's easy to jump and out of, and remains a pleasure to play. It all feels incredibly familiar, but I have a strong desire to see how this version plays out.