Are mechs supposed to yell and gurgle? Either way it adds up to some satisfying robotic dismemberment for Justin and Cole.

The Surge just feels right. Deck 13 has found their own flavor in one of gaming's hottest, growing action genres. This is the most accessible that a souls game has felt to me, and that goes a long way.

Initially, I even forgot about the souls progression formula and got lost in the action. Just beating up other exoskeletons is fun enough, but having a reason to focus on dismembering them makes it kind of addictive. That combination just enhances all of the upgrade systems at play in The Surge. The result is that I can feel a sense of progression to multiple parts of my character at once. Even while I'm focused on a particular objective, I'm contributing to upgrading other useful attributes passively. 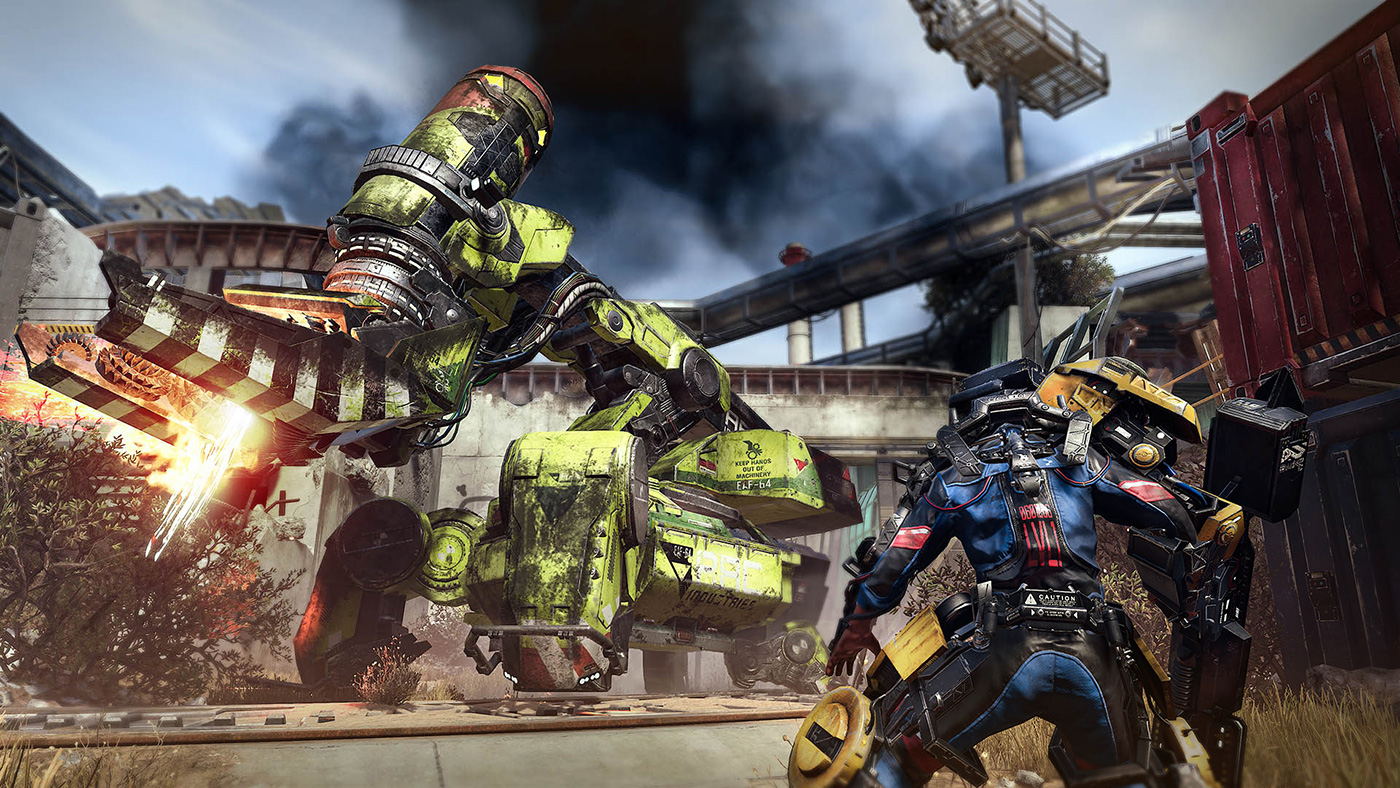 The Surge manages to feel less obtuse than its genre cousins, but the action doesn't feel dumbed down in anyway. Each type of weapon is satisfying, and has its uses depending on the enemy you are facing. I felt like I was constantly making small strategic decisions that I could instantly see the results of in my next fight.

I still have no idea what is going on in the story, but it is accessible. For better or worse, I just don't care about it. I just want to fight and dismember until I'm strong enough to take down an even bigger machine.

I'm still going. To this point I've gotten through the first stage after overleveling and I'm really enjoying the upgrade systems at play in The Surge. I usually hit a wall with these types of games, but The Surge remains fun and not frustrating. I want to see this one through.