Justin is here to paint the walls. Hopefully not too much of the blood will actually hurt him.

You had me at FMV intro. I wasn't looking forward to playing a tutorial for a game that I thought I had played dozens of its relatives. It's a good thing I played it because the tutorial gives Strafe much more personality than the campaign does out of the gate. I was riding that tutorial high through a handful of deaths before the game started to beat me up a bit. 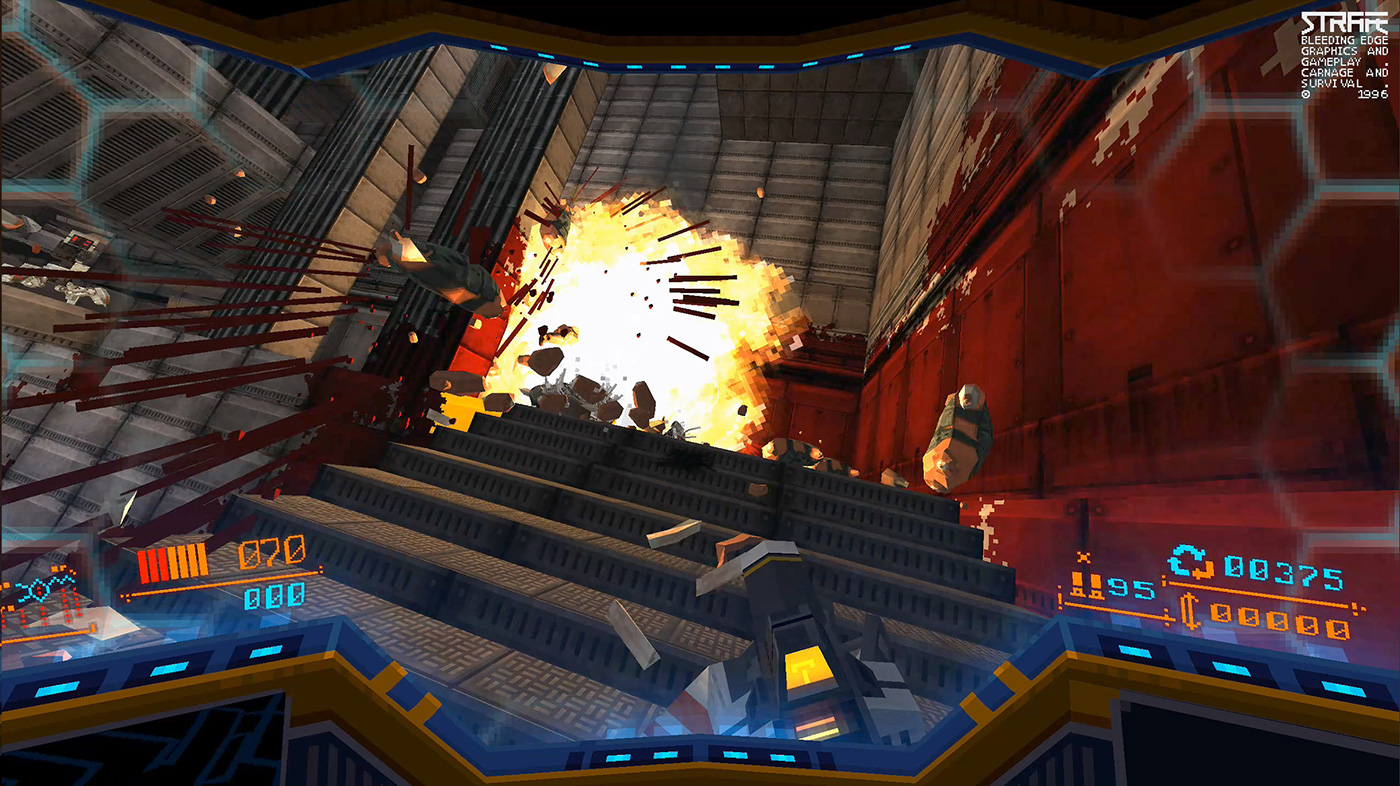 I can't decide if it's a good or a bad thing yet, but initially it's really frustrating that Strafe starts relentless sending enemies at you before you round the first corner. This isn't because the enemies are hard or the weapons aren't fun, it's because most randomly generated opening areas don't give you enough space to handle that many enemies at once. It felt unbalanced rather than like a challenge I could overcome. It got things off to a weird start.

Thankfully, I really enjoyed blowing limbs and heads off of my foes. Blind firing into the hordes and barely hanging on to my life in hopes I had just enough bullets and precision to survive is what I came here for. Seeing the room drenched in blood after a battle I never thought would end is its own reward. This is when Strafe is at its best. However, I can't help but think that a little bit more thoughtful level design and a little less randomization would make the experience stick a bit more. The highs are too scattered and can be too short lived. There's something awesome here though, I just know it. Or maybe I just want to believe it.

I'll keep checking in after various patches to see if the difficulty ramp becomes a bit more bearable. I did end up enjoying the alternative horde mode built into the game, so, again, I know there is something here that I like. I just don't know if it's enough to pull me back after the gore drips off.