Let's be clear. I expected to have a good and silly time with Puyo Puyo Tetris. On other platforms it had achieved a bit of a buzz around its quirky world, and I genuinely enjoy fierce Tetris battles. The joy that creeped across my face from the moment I hit start on the story mode is something no one could prepare me for.

I had/have no idea what was/is happening in the story mode. I don't know why anyone is fighting, and I don't know how the writing is as entertaining as it is. I want to skip all of the cutscenes, but I want to see everything! It's all so damn adorable that I feel like my eyeballs should reward the effort that went into it. This shouldn't exist, but it makes me a happier person because it does. 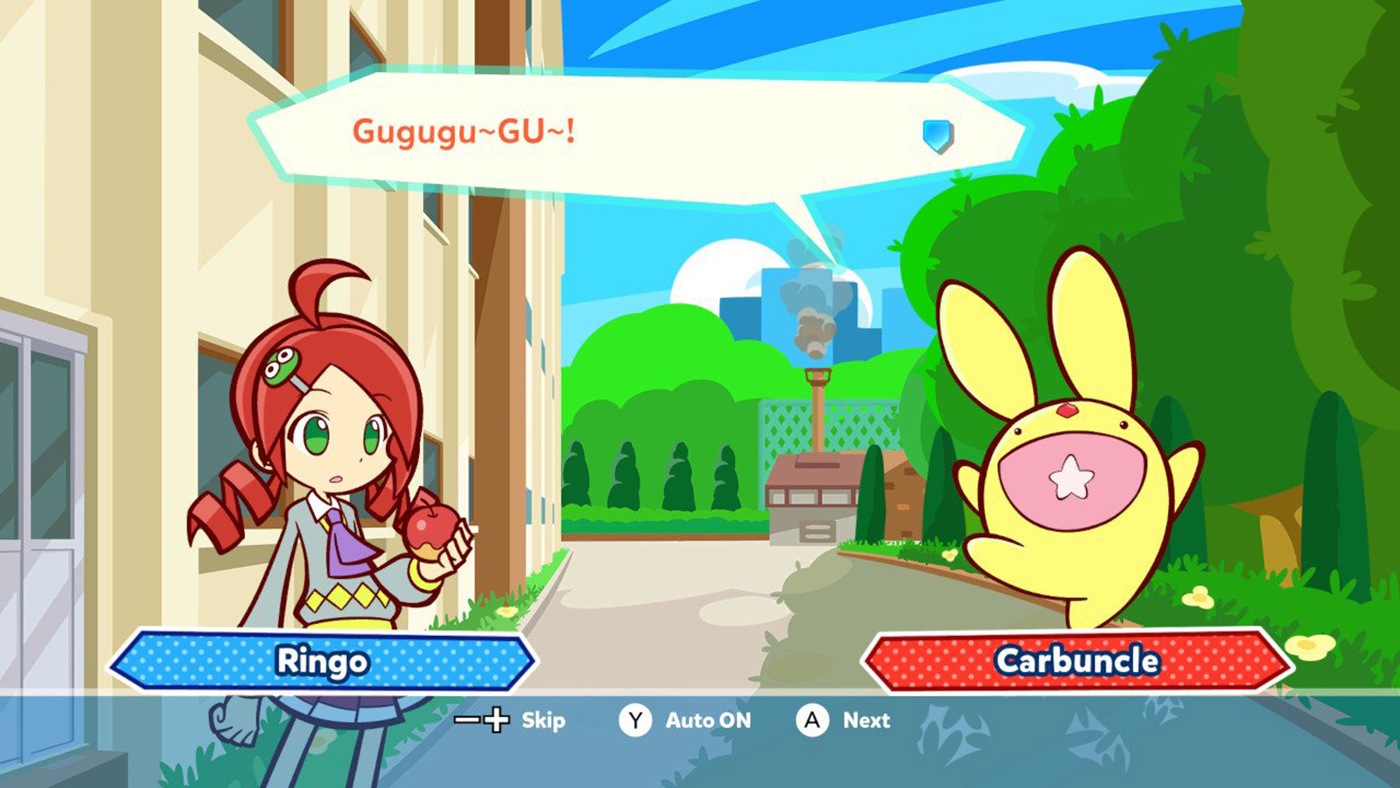 I'll admit that the presentation isn't going to be for everyone, so my biggest questions going into this game were - what the hell is Puyo Puyo and will it get in the way of my Tetris? I tried to fight playing Puyo Puyo in this game as my focus was to regain my Tetris skills. After 6-7 hours though, I can't decide which puzzle mode I enjoy more.

If I'm going to go solo or I'm going to try to 3 star a story level, I still want to play Tetris. I want to get great at Tetris, and I want to get fast at Tetris. If we're going multiplayer though, and I have the chance to crush some fools... give me Puyo Puyo. The thrill of pulling off a ridiculous Puyo Puyo combo is somehow even more satisfying than setting up multiple Tetrises(?). I didn't think it was possible. In the moment it feels awesome, and then you get to hear your opponent scream which just makes you want to do it again!

There's nothing earth shattering here. Admittedly, it's been a while since I played a competitive real-time puzzle game, but Puyo Puyo Tetris just feels perfect on the Switch. Online play with strangers is entertaining and its even better with friends. Handheld mode is the icing on the blocks. This is the most fun I've had with friends on the Switch yet.