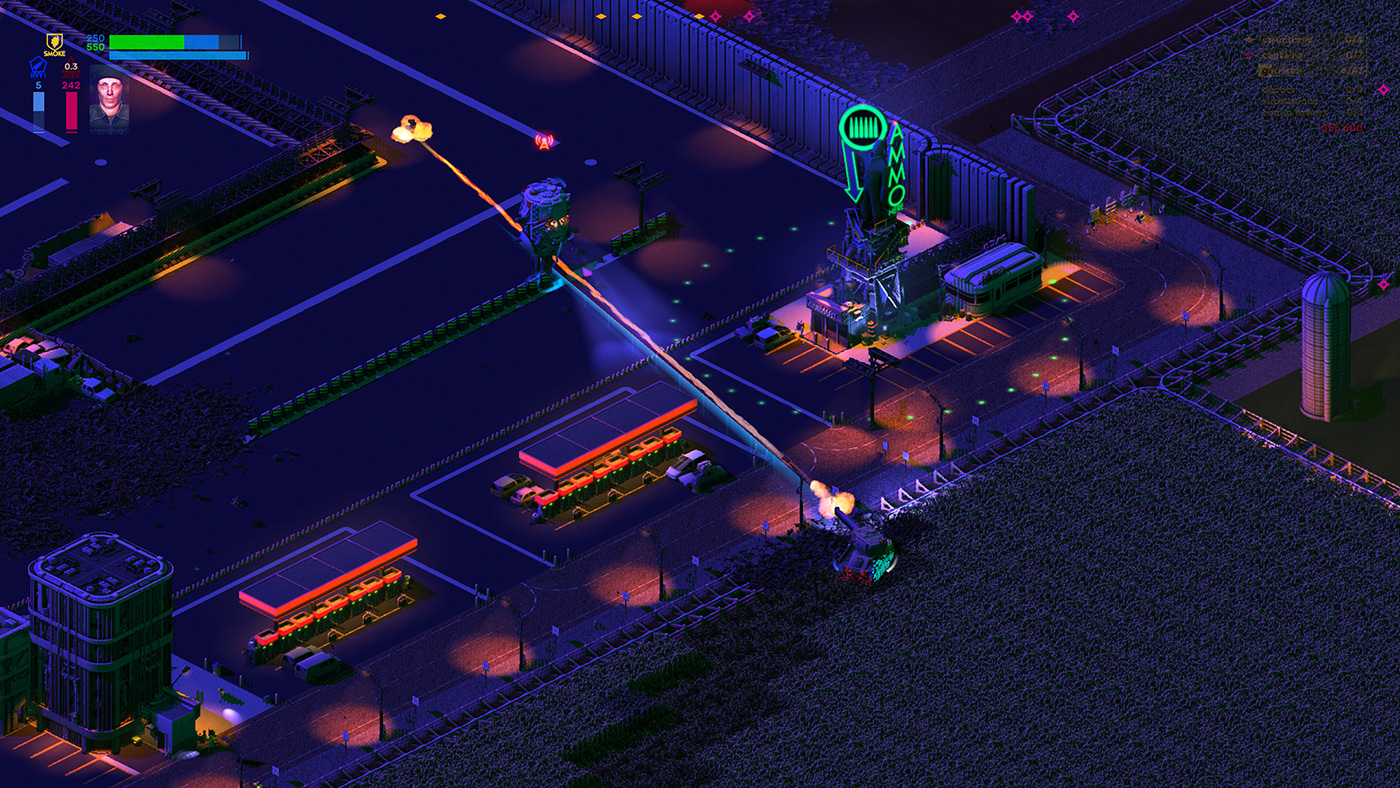 Thing is, once you get to playing it, Brigador’s rough edges become immediately apparent. The control of your mech or tank is, frankly, a bit of a mess. It’s difficult enough to use that I can’t tell whether it was intentionally made to be wonky in order to up the difficulty of the game or if it was a good idea gone bad. I’m no stranger to turret-and-leg manipulation, where the direction you’re shooting is not necessarily the direction you’re moving, but the addition of a third axis of range, which you control by how far away from your mech your mouse pointer is, more than occasionally makes the game keyboard-pounding frustrating.

I’m sure that with enough playtime, I could adapt and overcome getting stuck on debris that looks like it’s already crushed to a powder while correctly ranging my cannon that has a 3 second cool-down for some ridiculous reason, popping smoke that doesn’t seem to actually hide me from anyone, and learn through experimentation what all of the potential weapon upgrades do since the description of the ones you can buy for freelance (non-campaign) missions are obtuse, but I don’ wanna.

You can check out more Brigador in our Game Curious video: