Justin interrupts this Gamethrough to bump up the difficulty a notch and enjoy the first five classic maps.

What's the Checkpoint all about?

Welcome Back to Hell

For as much as I love DOOM, it's really kind of silly that I had to take a break from it. There are some games that I just enjoy playing in the dark, and DOOM fits that bill with its harsh setting. The problem with playing DOOM late at night though, isn't the problem I normally have. Usually "midnight games" scare me too much to continue, but DOOM isn't scary. DOOM is intense. Every new battle in DOOM gets my adrenaline pumping. I die multiple times on the tougher arenas and when I break through to win, I couldn't be more excited. At the end of each session I couldn't calm down to the point where I was having trouble sleeping. After a few restless nights I found myself naturally staying away from DOOM.

In my down time though, I was talking to friends and reading/hearing/watching stories of other gamers time with DOOM. Two things stuck out:

1. The ultra-violence difficulty settings started to sound even more rewarding than the default difficulty.

When I was a kid, I loved using those famous cheat codes in DOOM, but bumping up the difficulty in the original DOOM gave that game new life for me. It felt like a totally different game when I was focused on my survival and it sounds like ultra-violence may be the way to go for me in the new DOOM.

2. I was missing out on all of the classic maps because I sucked at finding items hidden in each of the maps.

The first level of DOOM just made me want to sprint through the entire game. Upgrades and collectibles be damned. As I spent more time with the game though, it turns out that all of those upgrades and collectibles are pretty cool and actually kind of fun to find. So instead of rushing through to the next fight, I'm going to do some thorough exploring and reap the nostalgic rewards that these designers took the time to include in the game for lunatics like me. 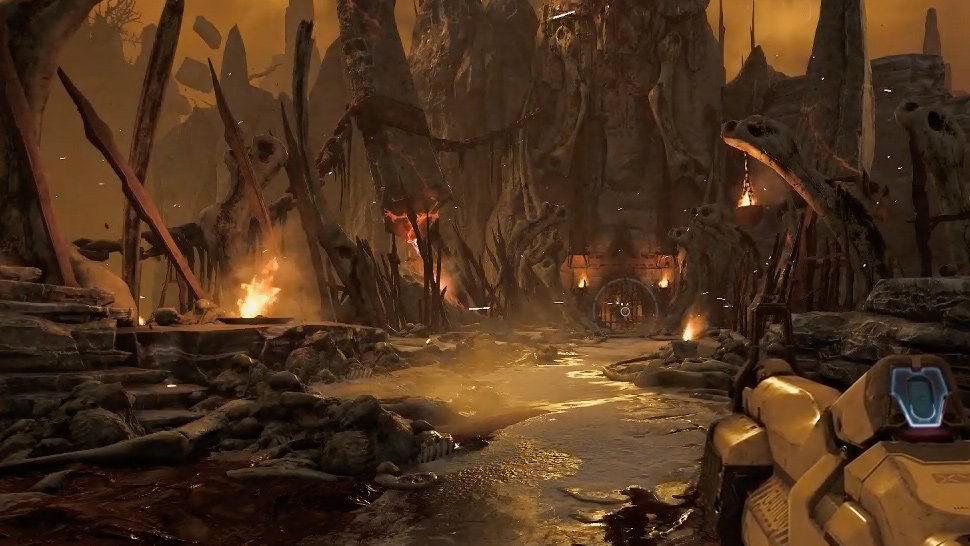 With those two ideas in mind, I knew when I came back to DOOM that I wanted to get the most out of it as I could. I devised a new play schedule and have plan to finish the game. It's been working great so far and I can't wait to share more of my failures and gory triumphs. I've found that DOOM makes me yell a lot more than other games, so apologies in advance.

There's no stopping this. DOOM is awesome. It is in control now. I will see it all. I will do it again. DOOM.