This may be the least prepared Justin has ever been for a zombie apocalypse, but at least he had a car for a split second. Death Road to Canada takes pleasure in his failure and hopes he can laugh alongside of his tragedies.

Nothing goes well on any video game trail from what I can tell. It's not about the journey though, it's about the moment to moment decisions that you make that blow up in your face and make you play the game entirely differently. I quickly found myself excited to see what else was going to wrong on my Death Road to Canada. 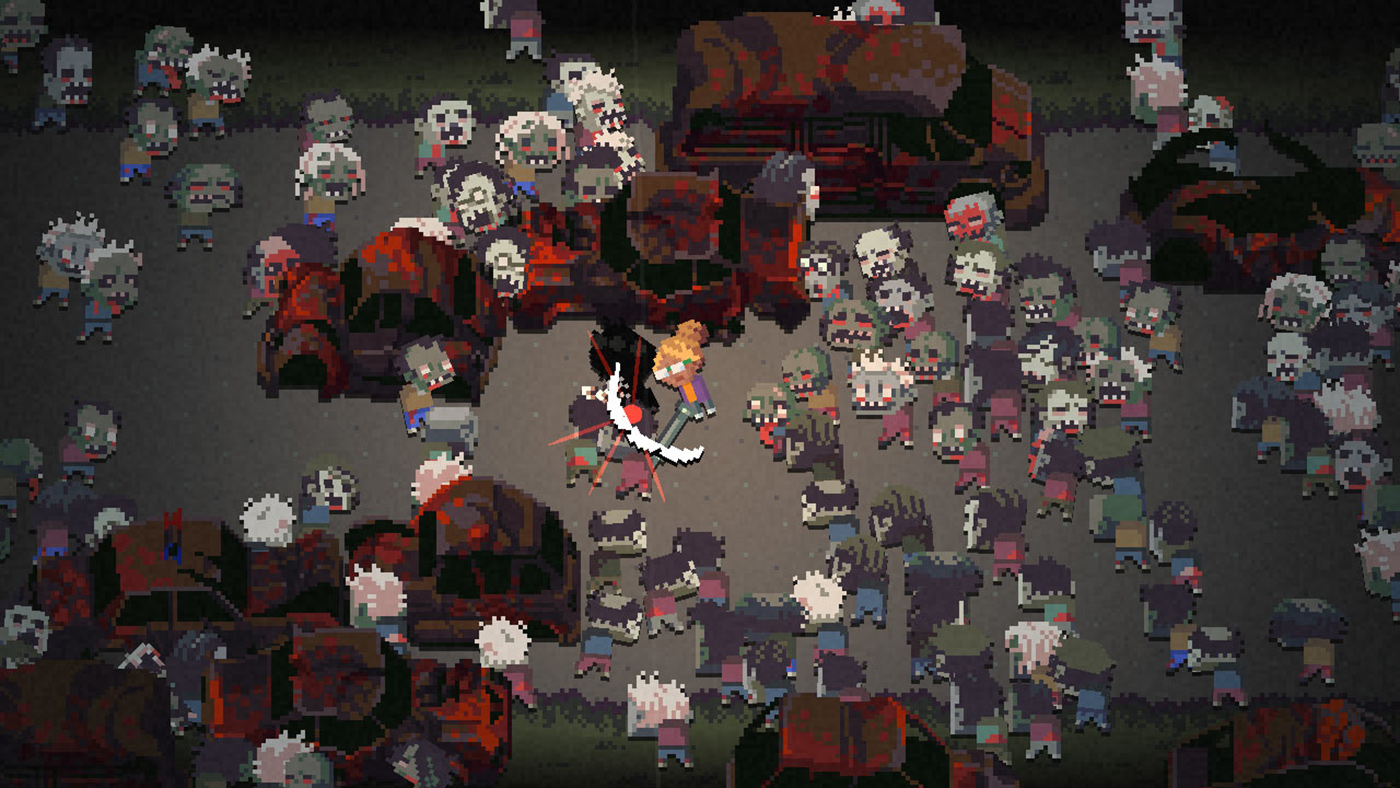 I didn't do much outside of the tutorial and one decent run on the road, but the variety of characters immediately stood out. I met a grandma, a knight, and a luchador. That doesn't even go into the quirks of the actual members of my party which had hilarious and terrible consequences when their personalities were pushed.

I couldn't believe how often my cars kept breaking down, but I had to laugh at my party running on the road during the zombie apocalypse. This Death Road doesn't take itself seriously which is a good thing because you have to laugh at the fates of these poor survivors or else you would fall into madness. The speed of the action and silly tone of Death Road to Canada aid in its replayability as much as the variety of its roguelike features.

Death Road to Canada never gave me a break, but I did break a lot of zombie faces. That math adds up to a damn good time in my book. One that I want to repeat over and over again.

I can definitely see myself returning for a few more runs on the Death Road. More specifically, it should find its way into my roguelike rotation. The only thing working against it is that some of the runs may be a bit too long. Thankfully, I dig the zombie killing and the random characters in this one, so I'll definitely try to make it to Canada frequently.