Early year game releases are where regrets are born. Whether you are busy with your backlog, playing some old favorites, or just relaxing in your favorite giant open world, there are always plenty of excuses to let a good game slip through the cracks. It's ok it happens, but there's always an opportunity to redeem yourself.

What game did you want to play when it first came out, but didn't play it until much later when it made you wish you had played it sooner?

The Last of Us (Justin Gifford) - Although we only post a very small percentage of our Horrible Night slack conversations, a disproportionate amount of the chatter involves Justin trying to convince me that I should drop another $350 on a PlayStation 4 despite having a brand new gaming PC. It’s an uphill battle, since I lived through not having a PlayStation 3, but one game almost made me regret the decision to not have a superfluous console. Fortunately, my good friends Amber and Derek were kind enough to loan me their PS3 when they got a PS4. They also included a Naughty Dog trio of Uncharted 2 & 3 and The Last of Us.

While I’m glad that I got to play the Uncharted games, which were a lot of fun, The Last of Us absolutely blew me away. I remember thinking when it launched, “Huh. Man, I wish that wasn’t a PlayStation exclusive. Oh well. Not buying a second console.”

If you’ve played it, you know what a gut punch that opening scene is. If you’re a parent, you get an extra boost of “Oh, my god.” That prologue alone would make the game stand out, but the tenseness of ammunition scarcity, selective engagement, the development of actual characters who you grew to care about – The Last of Us, which I’ve played through several times, remains one of the best games that I’ve ever played. I’m still not buying a PS4.

Ori and the Blind Forest (Coleman Monroe) - I didn’t play Ori originally when it came out because of a little game called Axiom Verge. Both being Metroidvanias I just wasn’t in the mood to go back to back on that type of game. However, when I finally played Ori earlier this year, this flood of regret washed over me. I had delayed my gratification from a great game because I chose one Metroidvania over the other. I wouldn’t be so bold to say that mistakes were made, because Axiom Verge is a great game in its own right. I just wish I would have played Ori first.

Rocket League (Ryan Billingsley) - I blame Justin Lacey entirely for my delayed entry into the Rocket League world. He would play it behind me on the office TV every day but only duels, and I just didn't think that would be something I would really enjoy. Even after I finally got a PS4, I didn't rush out to get it.

Then one day, I had some extra funds in my PS Wallet and so I picked it up and played 3v3 for the first time. I was hooked. It was so fun, so accessible, I couldn't stop playing. I still don't play Duel, I just don't enjoy it as much as the team dynamic you get in 3v3, but that is just another great thing about the game, you don't have to play any one mode and you can play all of them. 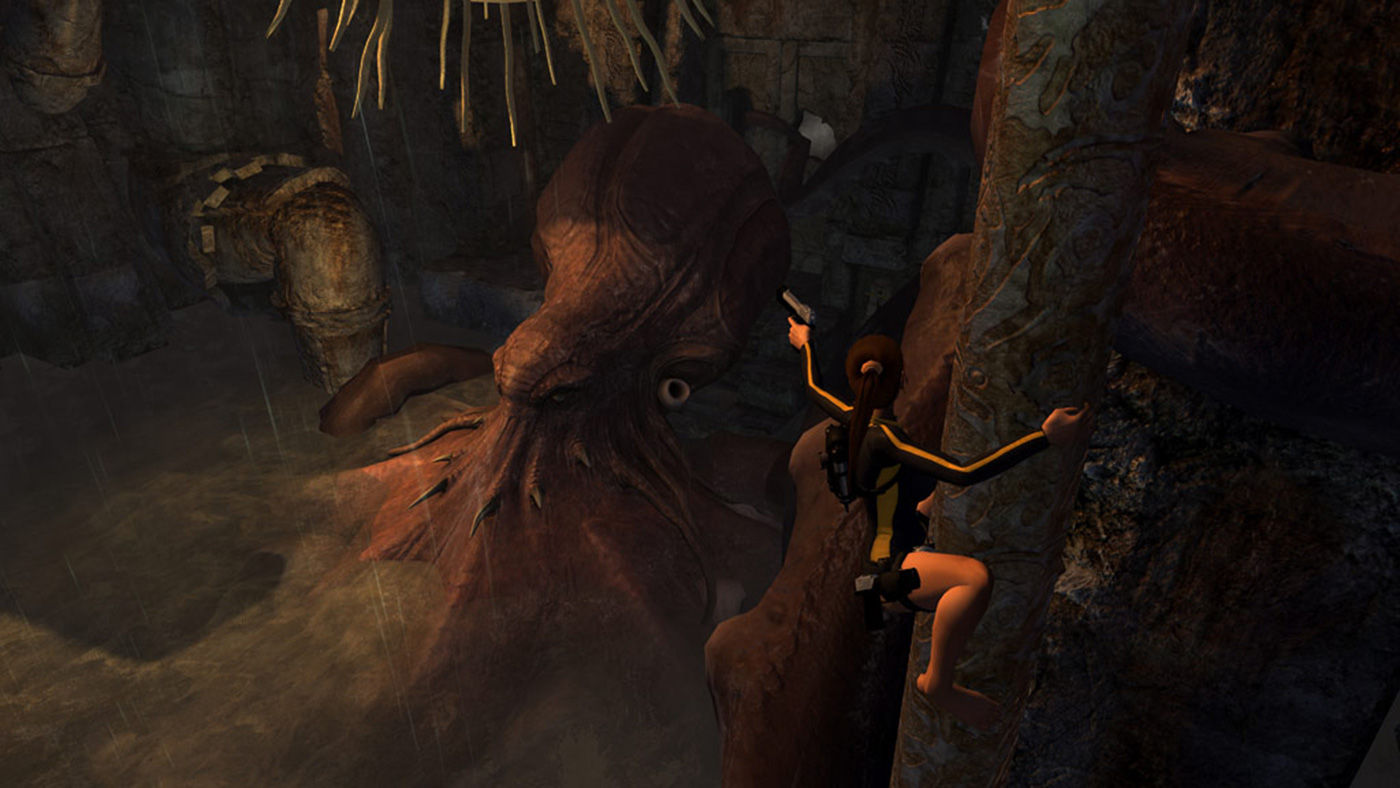 Unfortunately, I ended staying away for over a year and played it after I had finished Uncharted 2. Uncharted 2 changed that genre, but Tomb Raider: Underworld still charmed the hell out of me. It had a lot more deliberate level design and a classic (but clunkier) control style that made it feel dated once I started playing, but its part of the reason I loved it. Additionally, the scope was enormous and I remember at least three of the tombs making me drop the controller out of awe. Looking back, it's definitely more "adventure" than "action-adventure" especially when compared to the reboot and the Uncharted series. It's the last great Tomb Raider game that no one really played.

Binary Domain (Aaron McNeal) - It was years after Gears of War revitalized the third person cover shooter, which is more than enough time to start feeling fatigue with that sort of thing. So when Sega puts out a cover shooter about shooting loads of uppity robots, I did one of those "sorry-my-train-is-leaving-but-one-longing-glance-over-my-shoulder" looks and took the 3:10 to another place. Maybe it was RPGville. A year and a half later, I was looking for a game to stream and there it was in my library for some likely cheap and affordable reason. It was the perfect silly action game and more than just an average shooter. The characters had relationship meters with each other and you could choose who to roll with from chapter to chapter. This usually meant I was with Big Bo, a large man with a penchant for wisecracks and making bugeyes. This is the kind of game where I wouldn't expect to ever see a sequel, meaning I might have to play it again. If only because it'll help train me for the great cyborg rising of 2023.

Castlevania: Symphony of the Night (Ryan Billingsley) - I did not stick with the Castlevania series. I played the very first Castlevania when I was kid and couldn't get past how difficult it was. I never played any of the subsequent games after that. Not until some 25 years later.

I didn't play Symphony of the Night until last year. To be honest, I had not even heard of Symphony of the Night. A co-worker mentioned it was one of his favorite games of all time and that was enough for me to check it out. It brought back so many memories of Super Metroid, which is one of my favorite games of all time. The movement, combat, and upgrades were so tight; I loved it. The dialogue is super cheesy but triggered some real nostalgia for those early disc based games and the increase in voice acting. I am glad I was able to enjoy it long after its release and to find that it really is a timeless game.

Final Fantasy (Coleman Monroe) - I was fortunate enough to be exposed to a ton of different video games when I younger due to two sets of neighborhood friends who had nearly every system and game covered. It was where I was exposed to Super Mario Bros for the first time as well as a game that went on to spawn a million sequels/spinoffs: Final Fantasy 1.

I might have been too young to understand what was going on when I first saw the game that saved Squaresoft from financial ruin, but I remember thinking it was awesome when you upgraded your initial characters. Going from a black mage to a black wizard was amazing to my childhood mind. I wasn’t able to actually play the game until it was released for the original PlayStation as a part of the Final Fantasy Origins package alongside Final Fantasy II. With it’s remastered Super Nintendo style of graphics, I fell in love with the game this time as a player instead of just a watcher. 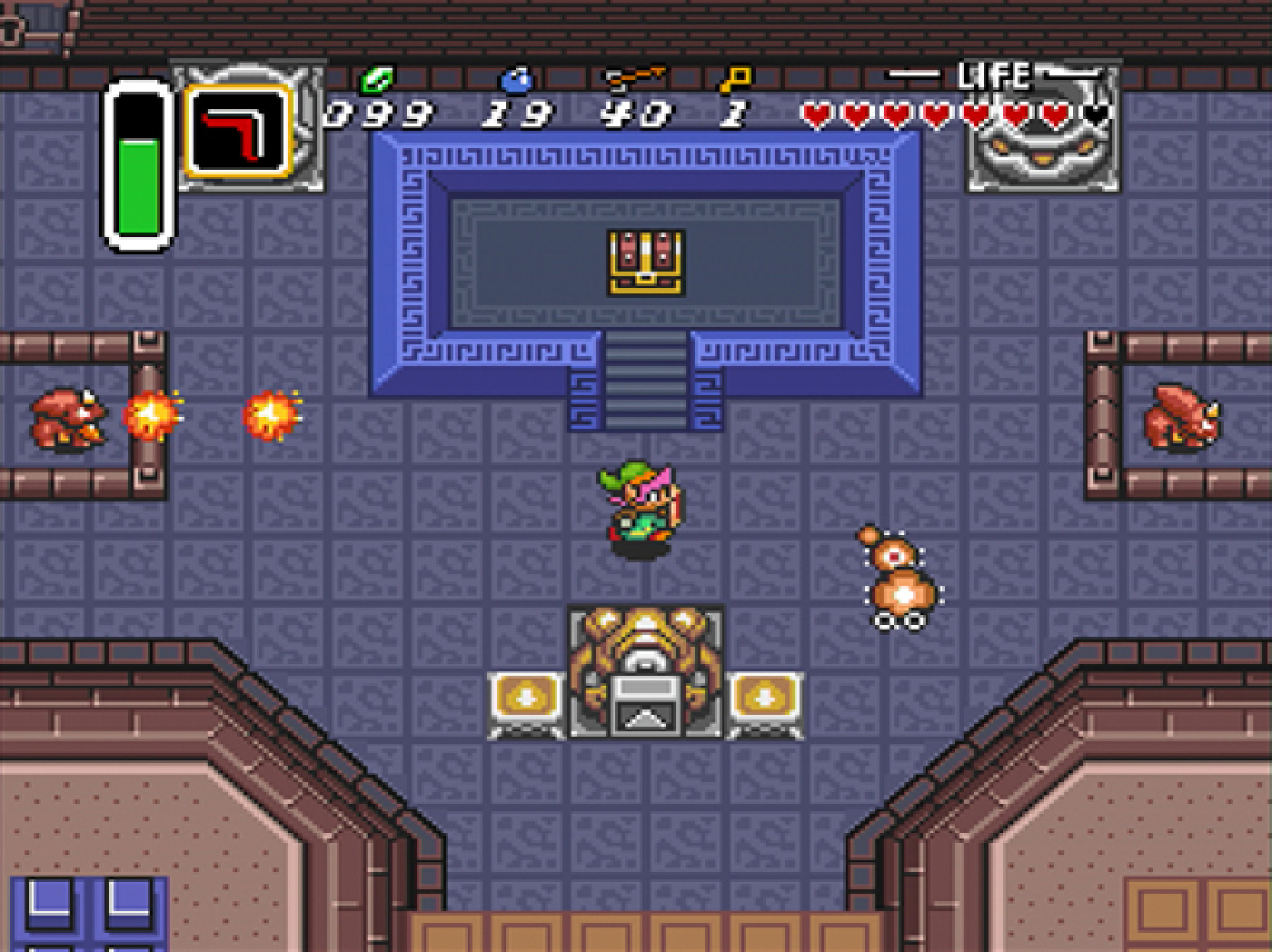 The Legend of Zelda: A Link to the Past (Aaron McNeal) - I was a Genesis kid as that's what got gifted to me. That meant that if I wanted to play anything exclusive to Super Nintendo, I had to go to a friend's house. It's difficult to dedicate time to a single player game when you're trying to keep two people entertained. Sure, there's controller passing, but we were kids. Anyway, A Link to the Past stands out to me because I'm a huge fan of the Zelda series to this day. And Twilight Princess HD just came out. And I have the Wind Waker edition of the Wii U. Basically, I'll buy almost every Zelda game twice. I eventually got A Link to the Past on the Virtual Console and it was pure joy to finally own it (in a non-physical sense). I don't know why Link's hair was pink though. That baffles me to this day. 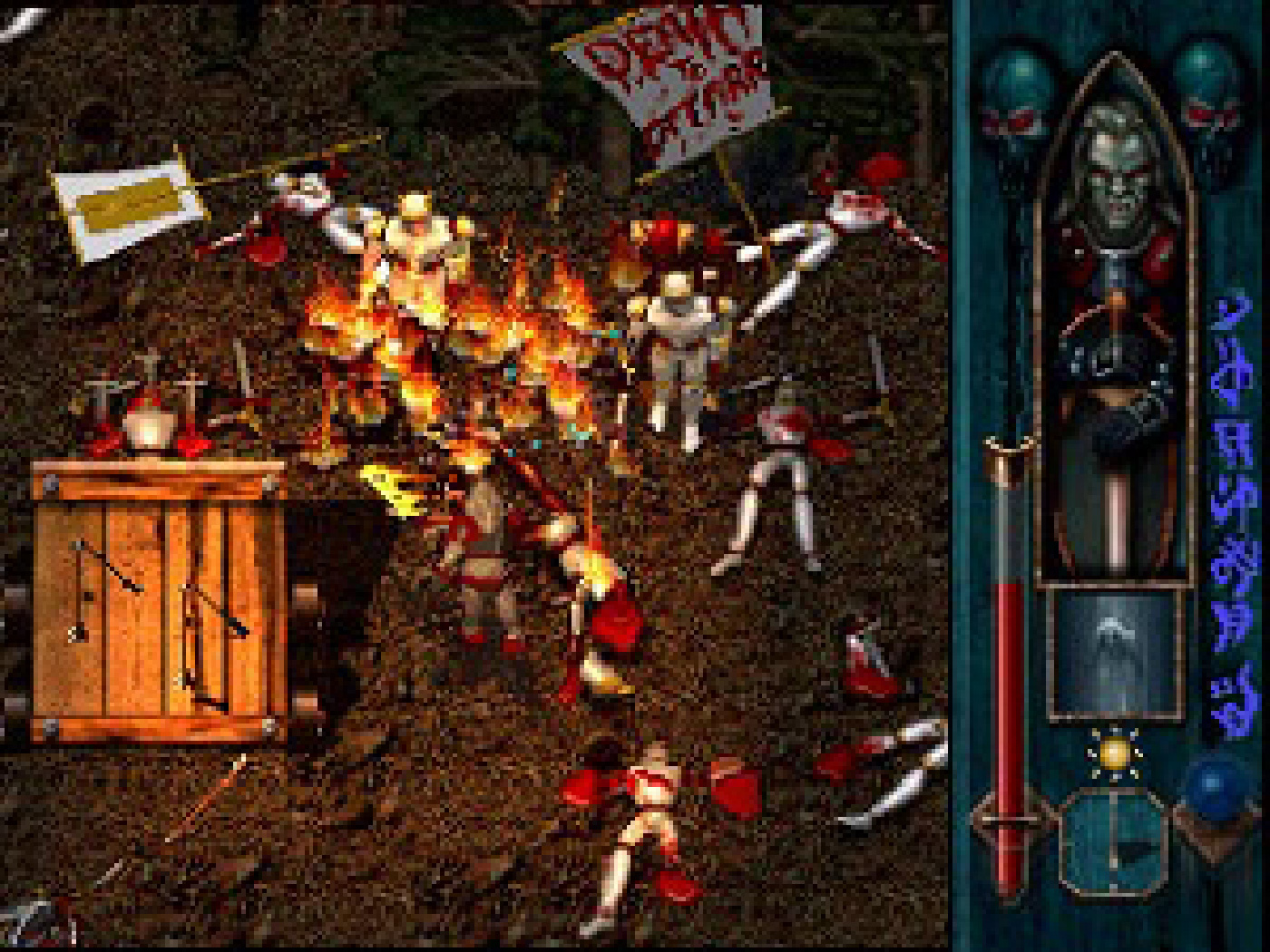 Blood Omen: Legacy of Kain (Justin Lacey) - I didn't even know the right words to convince my parents that I needed a second video game console when the PlayStation came out. In Blood Omen: Legacy of Kain's case it probably wouldn't have mattered anyway because I wouldn't have been able to convince them that I needed to play a dark, violent, vampire version of Legend of Zelda. I was intrigued for sure, but it took me a little over 5 years to play it. In the meantime, I had played Legacy of Kain: Soul Reaver on my PC which reminded me just how much of a bad ass Kain was.

Thanks to backwards compatibility on the PlayStation 2, Blood Omen was my first PS1 purchase and it was so good it made me put off new releases for a couple of months. Sure, even for the time the load times were atrocious and the menus were clunky. None of that could stop me from completely losing myself in Kain's dark fantasy world because I had never experienced anything quite like it. It's definitely one of the first games that felt "mature" to me and it also made me feel like my tastes in video games were growing up, too. Blood Omen wasn't easy to play and it didn't care, but the rewards for sticking with it were almost as great as the rewards were for waiting to play it for so long. Bloody. Satisfying.

Then, in 2007, it was ported to the Xbox 360 right before my second year of law school’s finals. (I didn’t buy it until after, Mom. Promise.) However, I then had a summer break to devote to 100%-ing that game. Although I had 99%-ed Metroid Prime on the Gamecube (I missed scanning one effing enemy who never showed up again, sue me), Castlevania: Symphony of the Night was the first time I had ever owned a Metroidvania style side-scroller. I was absolutely entranced.

(Note: Yes, you read that right. I was 26 before I owned a Metroidvania, and I grew up during their original heyday.)

The collectibles, the backtracking, the trying to remember that one place where you know you’ll pick something up that will let you unlock it later in the game... wrapping it all up in one 2D package was new to me and it was all awesome (it doesn’t hurt that, in retrospect, this is considered one of, if not the best of the Castlevania series.) It was also the first time I two-screened something, since I had the full map up on my laptop at all times while I was playing. Just talking about it makes me want to go back and play it again.